So here we bring you a very clear brief about the thrilling series over Netflix “the chilling adventure of Sabrina.” Season 2 marked a remarkable thriller ending leaving a lot of questions in the viewers’ minds. Here we have tried to answer some of your questions regarding – the plot, cast, and release date of CAOS. 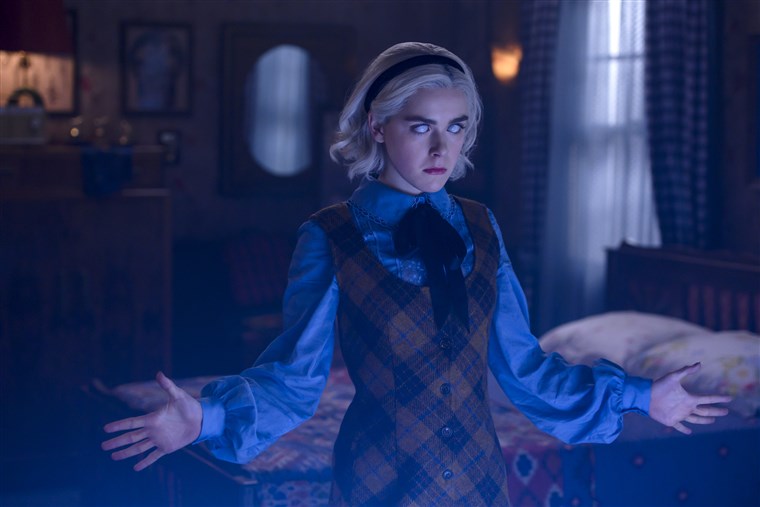 THE BACKSTORY OF SEASON 2

In Season 2, the dark lord, Lucifer, was trapped in Nick Scratch’s body, hence led to Nick Scratch’s sacrifice. On the other hand, Lilith declaring herself Queen of Hell. She took the unconscious body of Nick/Lucifer into Hell.
When the Church of Judas that Father Blackwood created failed to take off, Father Blackwood ran away with his twins, Judas, and Judith. An Ambrose and Prudence planned to go after Father Blackwood to rescue the twins and make him pay for his sins. Now that Father Blackwood was gone, Aunt Zelda became the High-Priestess and rebranded the church, and now they were worshiping Lilith.

SO IS SEASON 3 HAPPENING

Well, luckily, it is!

The season 2 came to an end, leaving mind-boggling questions in viewers’ minds. Season 2 got aired in April 2019, while season 3 was expected to be aired on October 2019, but dates are postponed. Also, we are going to have another season 4, too, as per sources since it was declared over a tweet that the story would split into parts 3 and 4 by the executives of show.

WHAT IS SO INTERESTING ABOUT THE UPCOMING SEASON

Since Sabrina lost her powers in the previous season, her powers were later revived by Lilith – the first witch.

She also comes to know that Lucifer Morningstar is her father, not Edward Spellman.  Lucifer (her father) wants to establish his rule over both the worlds ( witches and mortals) with Sabrina as her queen.

Not only this, we are going to have a dive of “hell” finally. Yes, it is happening.

Well, there are going to be about 8 episodes in this season.

On the darker side, there are going to be unexpected deaths too in the upcoming season as per the post by the show’s creator Roberto Aguirre- Sachse in one of his IG post, he wrote. ” The dread banshee has arrived, but which Spellman will die? ”

A scene from yesterday’s filming of #sabrinanetflix! The dread banshee has arrived, but which Spellman will die? #CAOS 🔥🔮🕷☠️🚑🎡📺