More
HomeEntertainmentTerrace House Tokyo(2019-2020): Part 3, Check out All You Need To Know. 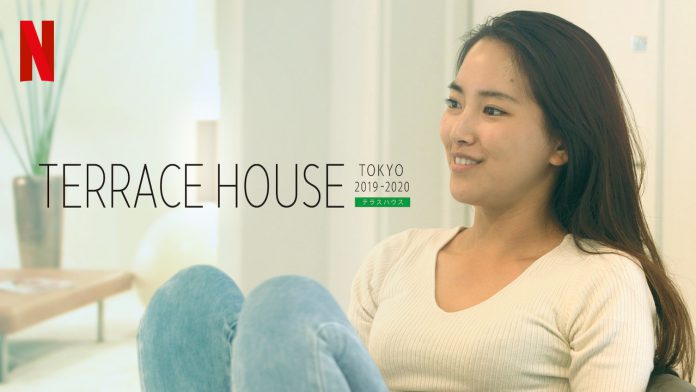 Reality shows are always edgy to watch, and especially when you know that there is going to be some spiced up content, you never leave an opportunity to gaze upon.

Terrace House: Tokyo 2019-2020, a reality television show. The show is the fifth installment of the Terrace House franchise and boasts of a very interesting format. It follows three men and three women are hosted in a temporary house in Setagaya ward of Tokyo, Japan. The show was first aired on Netflix Japan as a Netflix Original in May 2019.

What is the Format of the Show?

Well, let’s discuss how this show is different from other hosting reality show. The contestant is given all type of luxurious house and yes two great cars. They are free to do want ever they want, that means continue office, life in their way but in the end, they have to return to the Terrace House. The show even indulges you when a panel of commentators discuss the daily happenings of their life in a comedy tone, which is really hilarious to watch.

The show is featured on a weekly basis in Japan on Netflix and then 12 episodes cumulatively on the global network. The first part of the show is available on Netflix for U.S viewers.

When can we expect the next part of the show?

New episode is featured every Tuesday on Netflix in Japan. The new part of series finished screening of Finale on 3rd, march 2020. Well, for global audience, we have a word from makers that Tokyo 2019-2020 will be released on Netflix globally on April 7th, 2020.

This season we have a group of actors and comedians as part of a contestant and part of the panel. The group is itself a set of unique personalities, who have their own way of judging things, which in turn is hilarious. Contribution of Panel is essentially important for the show and also unique and genuine talks are the plus point for the show. The show is different from cringe and filthy reality shows and offers an interesting yet entertaining watch to the viewers.