Terminator Dark Fate is said to be the series’ best; Read all about it here…

The new Terminator: Dark Fate is the best of the Terminator saga movie after Terminator 2: The Judgement Day. The movie, directed by the Deadpool director Tim Miller, takes what will inevitably be known as “The Force Awakens approach” to sequels. The movie a subtle reboot and it attempts to soothe any bad vibes around the franchise. In fact, Dark Fate seems to flat out deny the existence of its inferior sequels.

The basic plot of the movie revolves around a Terminator (Gabriel Luna’s character Rev-9) who has arrived from a future where machines have taken control. The Terminator has been sent back to annihilate a target (Natalia Reyes’s character Dani) whose existence threatens the formers’ dominion. Meanwhile, a member of the human rebellion (Mackenzie Davis’s character Grace, an augmented super-soldier) has also been sent back to try and stop the termination from taking place. Not only the character of Arnold Schwarzenegger is back, but so is Linda Hamilton’s character of Sarah Connor. 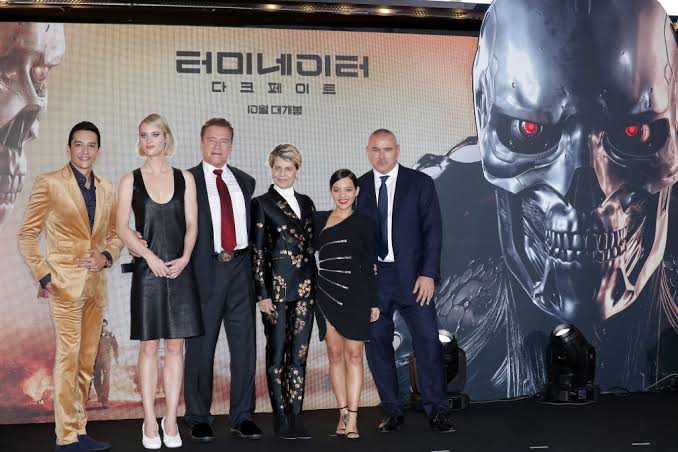 The best part about the whole movie is that at the end of the movie, its three female leads come to the rescue. It is quite rare to see women characters even talking to each other in an action movie. Terminator: Dark Fate deserves to be commended for this. Although there is a jarring lack of women behind the scenes. And Hamilton, Reyes, and Davis, in the end, do bounce off each other beautifully, representing three very different pillars of female strength.