Teresa Guidice and Joe Giudice strings are getting lose due to Deportation Issues which Might lead to Divorce! 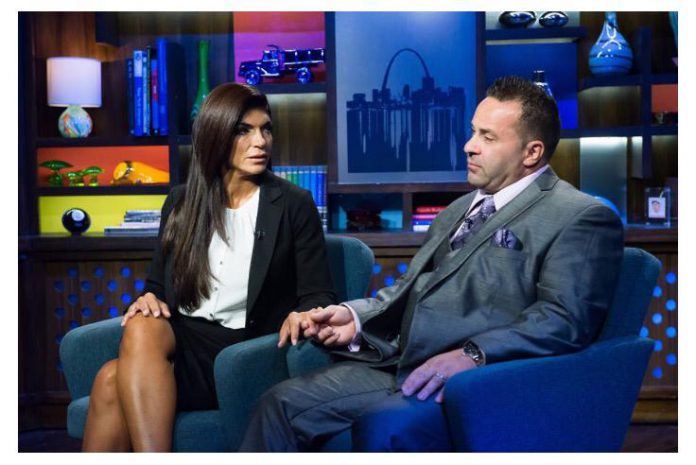 Teresa Guidice and Joe Giudice: Dead End For The Couple It Seems!

Apparently, Teresa Guidice and Joe Giudice traded some allegations in the heated conversation in an interview with Andy Cohen on Sunday night. It is still unclear whether Joe will be allowed to return to the United States. Speculations of divorce are surely making the rounds around the couple.

Teresa further says that she wants the best for Joe. She wishes him all the success and happiness, but she is quite skeptical about their relationship and fears that maybe they won’t be able to work it out with him living across the country. It seems like their 20th wedding anniversary was their last anniversary together!

What If Joe Stays Back In Abroad? Divorce From This Side!

Teresa says that she has to divorce Joe if he is forced to live abroad. She states that their children understand her plight very well. Teresa talks about her fear that if he lives abroad, he will have someone there, and she will be staying here. Joe, on the other hand, has vehemently denied all allegations of adultery and says if he wanted to cheat, he could have a long time back. He participated in the interview via satellite in Italy. He is still fighting for his deportation from Europe. Teresa will soon bring the kids for a visit in a couple of weeks.

Teresa says that she might have a change of heart when she sees her. It seems like the scenario is quite uncertain and bleak. Let us see what happens to the couple, and what if Joe is not released? Let’s wait and watch.

Previous article
Demi Lovato’s stunning star studded bash enlightened the night as she showed up in her Penny-wise costume!!!
Next article
Supernatural actor Jared Padalecki is Arrested For Beating Up A Bartender and doesn’t look like he is going to bail-out any time sooner!!