Tekashi69 will be released soon from the prison due to coronavirus outbreak. 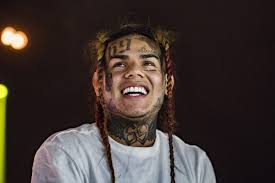 Tekashi69 is an American rapper. The rapper is known for his aggressive style of rapping, lethal lyrics. He has a unique controversial public persona characterized by his distinctive hairstyle, rainbow-coloured, extensive tattoos, public feuds with the fellow celebrity and some really legal issues.

The rapper came into the limelight, after his some single hits like Gummo, the song was super hit and was on top of Billboard. He later combined with Nicki Minaj for Fefe, his biggest hit at number three on top 100 of Billboard.

The rapper has always in the dark light of the news, his constant feud with his fellows and social media controversies make his frame. In 2015, he was found guilty for using a child in sexual performance, this probated him for a four-year period and 1000 hour community service. But the road was still not brighter for him, in 2018 he was charged for racketeering, weapons and drugs charges. The crime list also included conspiracy to murder and armed robbery in February 2019. He was given two years of a prison sentence in December 2019 after he testified against his fellow gang members of Nine Trey gangsters.

Will He Be Released?

Well, the lawyer of the rapper has asked the court for his early release on the basis of his severe asthma history. The lawyer filed the motion calling it for COVID-19 spread and the potential threat to his client as he is suffering from asthma, he asked for a house arrest for the rest of the term, which he is supposed to serve.

Initially, the permission was not granted as he has only served 13 months of his two-year imprisonment. The judge initially said that he didn’t have the authority to release the prisoners with permission from the government.

Previous article
Let’s Travel Through The History Of Hubble Space Telescope!
Next article
Prince Charles Has Recovered From Corona Virus.