More
HomeEntertainmentTaylor Swift's Fans not ready to take Wendy William's comment that she...

Taylor Swift’s Fans not ready to take Wendy William’s comment that she doesn’t deserve Artist of the Decade Award! Came to defend Swift on Twitter!! 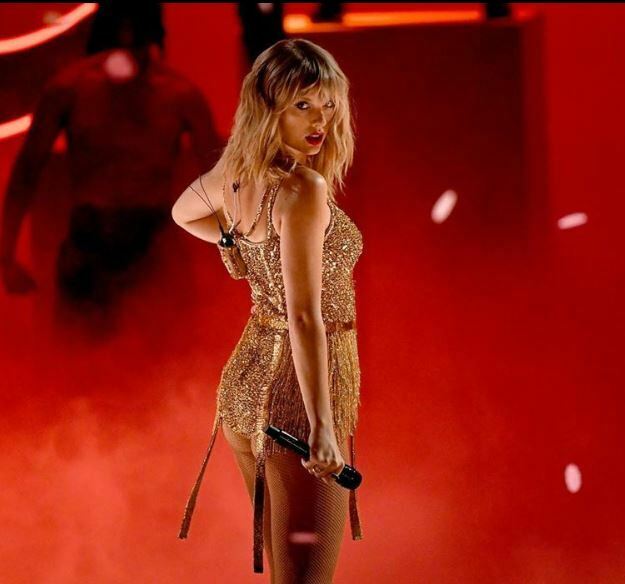 Taylor Swift recently broke records for most American Music Award wins and we can’t help but be excited. At the event, she also won the Artist of the Decade award. Although the fans are very much happy with the news, it seems not everyone is taking it that well.

Wendy Williams, the host of “Wendy Williams Show”, is apparently upset that Taylor Swift received the award. And she expressed her discontent regarding the matter. Apparently Wendy is not only upset, but the entire idea of her receiving the award is also unbelievable to her. Wendy expressed her surprise regarding how Taylor Swift could receive more number of awards than major legends like Michael Jackson, Prince, Madonna and a few others.

Secondly, Wendy is not being able to digest the fact that Taylor bagged the Artist of the Year award. Wendy said, “Taylor Swift made history,  which is like unbelievable to me.” She further said Taylor had 29 AMAs while Michael Jackson had 24. And this fact is unforgivable to her.

Wendy Williams tried to compensate her statement by saying Taylor is actually talented and she enjoys her music. She even said “Shake it off” is one of her favorite songs as well. But the talk show host didn’t stop herself from throwing some shade at the pop star. Wendy said she didn’t really know Taylor and that she was kind of irrelevant until the Kanye West incident. Wendy said, “She is so talented. I do like her. I’m not quite a Swifty. I didn’t really know her until Kanye brought her on stage all those years ago.”

Wendy didn’t even stop there. She went on to say how her winning is because of the decline in the taste of music over the years. She said the taste of people has cheapened over the years regarding tons of things. People like to wear torn and tattered clothes, food quality is decreasing. Williams even said “Just life in general I think has cheapened, and I don’t mean this in a bad way to Taylor, but it’s unbelievable. I appreciate her, but Artist of the Decade?”.

The Swifties around the world stepped up to defend their favorite artists and posted comments on Twitter. While some agreed to Wendy, many of them justified the reason why Taylor Swift was deserving.

Just read an article about Wendy Williams saying Taylor Swift shouldn’t have been artist of the decade and I’m just sitting here like why? Why are people still surprised that she is winning in fan based awards? We buy her albums WE LOVE her music that’s why she keeps winning! pic.twitter.com/F3v3cgty8M

I'm right there with Wendy. I think the Taylor Swift awards was a bit much! There was way more credible singers who should of gotten more awards! pic.twitter.com/suL84TLPBU

even wendy williams' audience is baffled at taylor swift getting artist of the decade pic.twitter.com/pOnVzGXqfS

Willow: An Interesting Story Yet A Lagging Characterization The youngest son Adam makes a terrible...
Animation

Willow: An Interesting Story Yet A Lagging Characterization The youngest son Adam makes a terrible...