Sylvan Esso, Brian Chase and more rocked the show along with Yo La Tengo for Hanukkah night 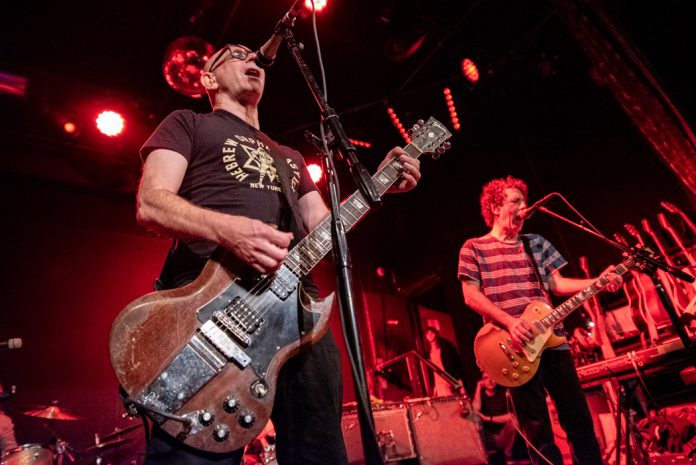 New York City experienced one of the finest bands Yo la Tengo that performed with Brian Chase and Sylvan Esso on the 27th of December.

All about last night

It was a memorable night for the people who attended the ball at New York’s Bowery Ballroom on December 27. The show featured guests like drummer Brian Chase of Yeah Yeah Yeahs as well as Nick Sanborn and Amelia Meath from Sylvan Esso, who added fire to the show with an opening set earlier in the evening.

The opening of the show was awesome and featured Brian Chase’s Out of the Pool and And the Glitter is Gone and more through his percussion. New York’s jazz bassist William Parker followed him and joined in for Don’t Have To Be So Sad,” before switching over to a horn for YLT’s Today Is The Day cut “Outsmartener.”

Sanborn of Sylvan Esso set the stage, and eventually took part in the festivities. He added his own electronic signature to “Above the Sound,” “The Crying of Lot G” and “Satellite.” Later, the band closed the show with their titular “The Story of Yo La Tengo” and encored with Lenny Kaye’s “Shock Me” as well as the Velvet Underground’s “She’s My Best Friend,” before inviting even more guests to the stage.

Allen Hill added vocals to the ’60s romp “Secret Agent Man,” whereas Amelia Meath kept the fun going on “Hanky Panky” (backed – once again – by Brian Chase on drums). The evening finally closed with YLT’s version of “Fourth Time Around” by Bob Dylan. Yo La Tengo plays their seventh of eight Hannukkah shows tonight – Dec. 28 – at the Bowery Ballroom.