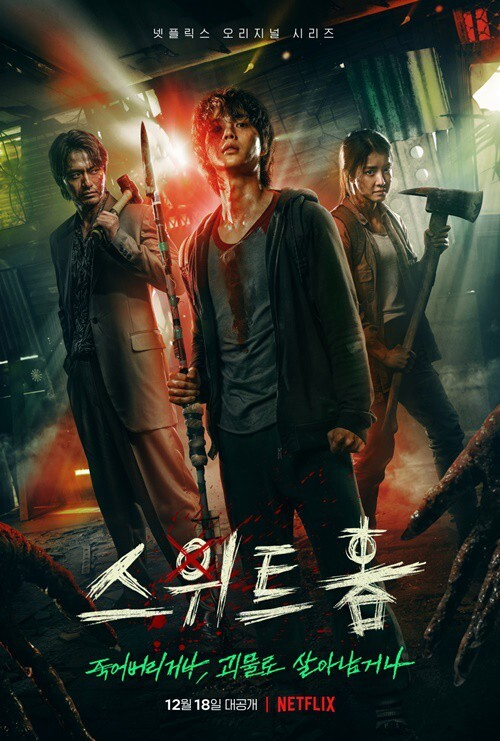 The news is confirmed about the comeback of the second season of Sweet Home. It will star Lee Si Young and Park Gyu Young. However, Lee Si Young is many things, she is a popular Korean actress, and she is also a boxer. She is mainly known for her work in ‘Boys Over Flowers, and ‘Loving You a thousand times. Meanwhile, the other actor Park Gyu has also worked in some well-known K-drama. One of which being ‘Romance is a bonus book’.

Trailer and the release date of Sweet Home

The news for the second season is confirmed by JTBC News. However, there is not much information about the second season. For now, we have only confirmed the return of these two actresses. Meanwhile, the report which confirms this news also says that ‘Nothing has been decided yet.

However, in July it was reported that ‘Sweet Home’ would be returning with actors Song Kang, and Lee Jin Wook. Song Kang is a well-known name, we have seen him in series like ‘Beautiful Vampire’, ‘Village Survival, the Eight 2’, ‘When the Devil Calls Your Name’, and many more. He has shown absolutely charming performance in every series. Lee Jin Wook is known from ‘My New Boyfriend’.

Concluding, combining the news of both sources we now know the lead cast for the second season. Meanwhile, in the first season of Sweet Home, we saw a story of a high school loner. And the protagonist had some worst experiences as humans are suddenly transformed into monsters. However in the first season, we saw Song Kang, Lee Jin Wook, Lee Si Young, Lee Do Hyun, Park Gyu Young, Go Min Si as the lead cast.

Also read: A New Star-Studded Lineup is Ready for the Upcoming Korean Drama “Our Blues”