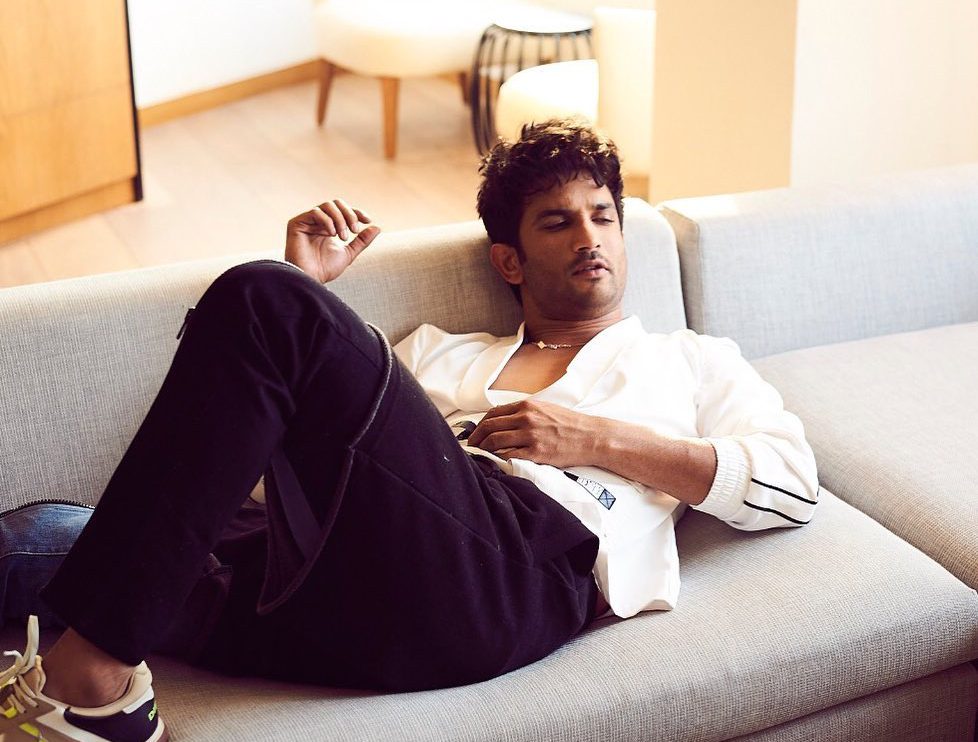 A star that will no longer shine…

In an extremely distressful and unfortunate turn of events, we lost one of the finest actors of this country, Sushant Singh Rajput. The successful actor who set a precedent for all aspiring actors particularly for television actors who harbour dream of making big in Hindi cinema, purportedly ended his life by hanging himself in his Bandra Residence.

The sudden demise of the young actor left the whole country shocked, making it impossible to believe that 2020 yet again snatched another beloved star from us especially due to unnatural reason. After a successful career in TV as Manav Deshmukh in popular daily soap Pavitra Rishta, the actor made a successful transition into Bollywood through Abhishek Kapoor’s directorial venture Kai Po Che and earned accolades for it, and went onto to garner massive fame for his splendid performance as M.S. Dhoni in the biopic of Indian captain and iconic cricketer, M.S Dhoni: The Untold Story followed by some more successful movies where his performances were exceptionally noted.

Reportedly, the 34-year-old actor was suffering from depression and was undergoing the treatment for the same since sometime. Ironically, his latest release Chhichhore too dealt with the battle of suicidal thoughts. One can just never know what a person might be going through. What must have been his state of mind, the agony he must be facing that despite a flourishing career and love of people across the nation, giving up on life at such a young age appeared as a better choice.

His death is under police investigation as his mortal remains have been sent for the postmortem.

Almost anybody can learn to think or believe or know, but not a single human being can be taught to feel. Why? Because whenever you think or you believe or you know, you’re a lot of other people: but the moment you feel, you’re nobody-but-yourself. To be nobody-but-yourself — in a world which is doing its best, night and day, to make you everybody else — means to fight the hardest battle which any human being can fight; and never stop fighting. ~ E.E. Cummings

Death of his manager

A week ago, Sushant’s ex-manager, Disha Salian reportedly committed suicide by jumping off the terrace of her building in Mumbai. Her death had left Sushant shocked and pained.

The Actor was extremely close to his mom and suffer major emotional setback when he lost his Mom at the age of 16. He often talked and posted about his mom. His last post on social media was on June 3, remembering his Mom.

Blurred past evaporating from teardrops Unending dreams carving an arc of smile And a fleeting life, negotiating between the two… #माँ ❤️

Prime Minister Shri Narendra Modi along with several cricketers, Bollywood and television celebrities have taken to social media to pay tribute to the actor, unable to fathom the unfortunate demise of a young and talented man like him while sorrow has engulfed all his fans.

Sushant Singh Rajput…a bright young actor gone too soon. He excelled on TV and in films. His rise in the world of entertainment inspired many and he leaves behind several memorable performances. Shocked by his passing away. My thoughts are with his family and fans. Om Shanti.

Honestly this news has left me shocked and speechless…I remember watching #SushantSinghRajput in Chhichhore and telling my friend Sajid, its producer how much I’d enjoyed the film and wish I’d been a part of it. Such a talented actor…may God give strength to his family 🙏🏻

Shocked to hear about Sushant Singh Rajput. This is so difficult to process. May his soul RIP and may god give all the strength to his family and friends 🙏

Gone too soon, Sushant. There was a lot to see from you, but I sincerely wish for you to be in a better place. Your work will always be cherished. May his family find enough strength to cope up with this unbearable loss.

SHOCKING UPDATE: Bollywood actor Sushant Singh Rajput is no more! Here is a timeline of his fabulous acting in movies: he will be always remembered.
Sushant Singh Rajput Committed Suicide!! Reason of Death could be Linked to Disha’s? (Her Ex-Manager). Police investigating!!