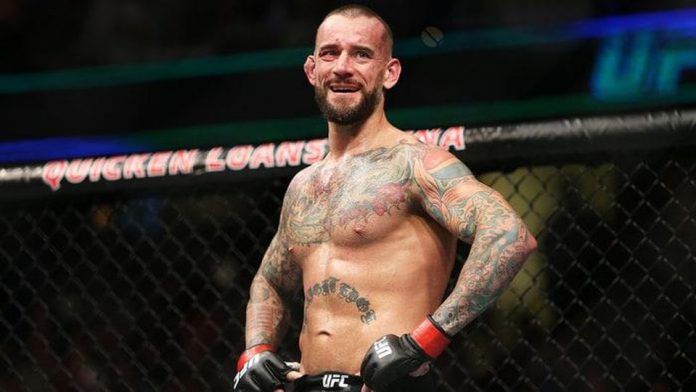 Former WWE champion-turned-UFC fighter CM Punk is considered to be one of the most popular figures in professional wrestling in the last decade. Fans got shocked on Tuesday night because of the surprise appearance of the star in WWE Backstage, five years after his acrimonious split from WWE.

Phil Brooks also known by his stage name CM Punk appeared at the end of Tuesday’s episode of the studio show, which is produced by Fox Sports, the former WWE star spoke directly into the camera saying: “It’s as simple as this: Just when they think they’ve got the answers, I change the culture. I’ll see you here next week.”

The show host Renee Young and analysts including Paige and Booker T seemed surprised to see Punk. WWE’s executive vice president of talent relations, Triple H told MMA journalist Ariel Helwani in October that WWE would be open to working with Punk again despite his previous tenure ending on a sour note.

Following his WWE run, Punk tried his hand at mixed martial arts in the Ultimate Fighting Championship (UFC) but lost both of his professional fights.

Will CM Punk be seen in a wrestling match?

Punk’s return in an analyst role on WWE Backstage has already thrown many questions to his fan base such as when and if he will return to a WWE ring and wrestle again. The nature of Punk’s involvement with the FS1 show might mean fans have to wait for an answer to that question.

Previous article
After Mike Johnson, Demi Lovato, 27 has got herself new boyfriend Austin Wilson; Shares cute pics with the 25 years old model on Instagram!
Next article
Christian Serratos is all set to play late singer Selena Quintanilla in new Netflix biography “Selena: The Series”. Read on to know about the plot, cast, release date details!