Super Mommy Angeline Jolie is all busy taking her kids out to shopping for Christmas Eve. 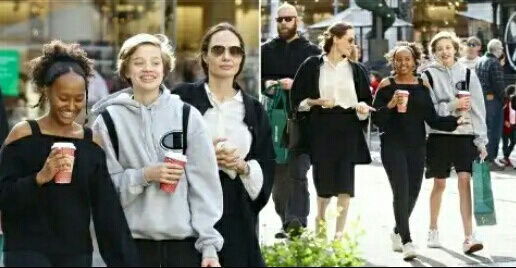 Oscar awardee Angeline Jolie did last minute shopping with her daughters Shiloh, 13 and Zahara, 14 at Los Angeles on Sunday. Recently the second installment of her movie, Maleficient, was released.

Jolie was dressed quite formal, in a white blouse and black skirt. She was glowing as she walked alongside her children. Shiloh was carrying a green Barnes & Noble bag filled with festive goodies. 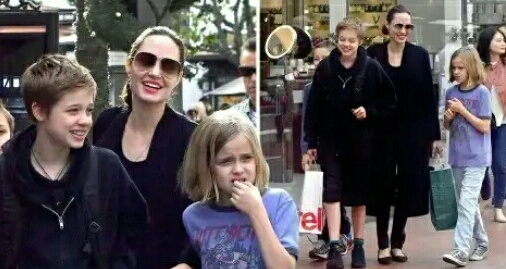 Jolie has been shooting for her new movie, Eternals under the banner of Marvel Cinematic Universe. The most shooting part of the movie is in Spain. Kit Harington and Richard Madden are also starring in the movie. It is based on the story from the comic books about an ancient immortal alien race who are trying to protect humanity from the evil Deviants. A bomb was found on the set recently. It caused the evacuation of the set. 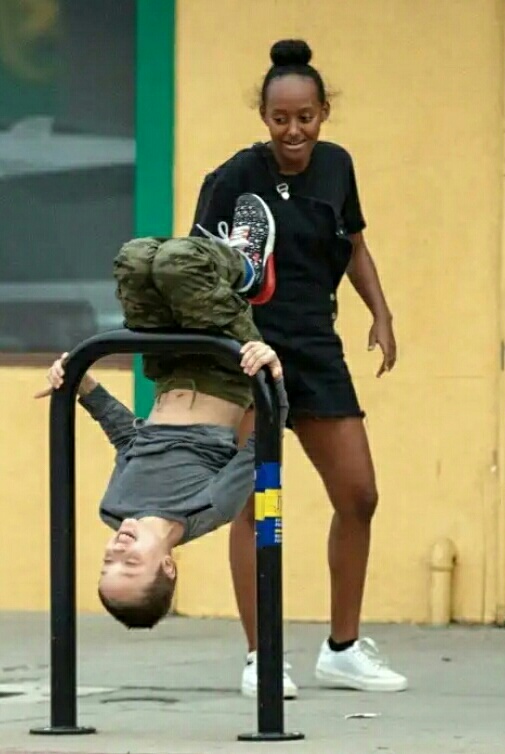 As reports suggest, Angelina’s ex-husband Brad Pitt is spending this Christmas with his kids like last year. He recently celebrated his birthday with his children on 18th December.

Angelina and Brad married in August 2014 after nearly 12 years of being together. They split in September 2016 because of some differences. They both share six children but he will supposedly spend Christmas Eve with three of the kids, Shiloh, and twins Knox and Vivienne, 11. He’s not expecting his daughter Zahara, 14 and sons Maddox, 18, and Pax, 16 to be there.

There are differences between Brad Pitt and his oldest son Maddox. It also happened earlier this year when Brad didn’t visit Maddox while he was traveling. Also some weeks ago, Angelina Jolie went shopping with her youngest daughter Vivienne in Los Angeles.