Several studies have revealed that consuming medicine of blood pressure before going to bed is beneficial.

It’s been noted that doctors often prescribe the medicine intake during the morning hours. However, when compared, the results have shown that bedtime intake has more benefits than morning intake.

In the European Heart Journal, the same research was published on Tuesday, 22nd October. According to the research, after analyzing 19,000 blood pressure patients, the results are declared. 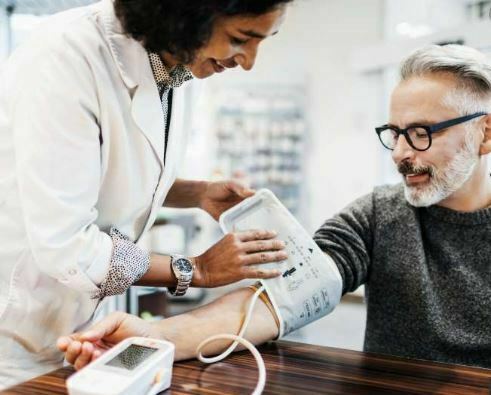 Patients with high blood pressure were diagnosed. Patients who took the medicine at night showed a significant reduction of heart-related diseases or deaths. The medicine performs it’s task overnight while the patient sleeps.

If the same medicine was taken during the morning or at any other time of the day showed slightly different pharmacological behavior. The research study was led by Dr. Ramon Hermida.

Ramon Hermida is the director of the Bioengineering and Chronobiology Labs at the University of Vigo located in Spain. The research team studied all the patients for a duration of long six years. They monitored the blood pressure of the patients in every 48 hours.

Researchers got a huge difference between the two divided halves. About 40% of the patients who intake the medicine during the night time experienced a low blood pressure level and a lower rate of heart attacks and strokes. The patients did not need an open coronary artery procedure.

The death rate also decreased by around 66%. The blood pressure decreased by 10 to 20 percent by taking the medicines at night. This condition is known as nocturnal dipping. The reason behind this decrease rate is that high blood pressure during sleep increases the chances of cardiovascular illness.

Previous article
Cardi B joins the cast of Fast and Furious 9; Vin Diesel posts a video with the rapper on his Instagram account
Next article
Disney And Verizon Team Up To Offer Free Streaming Service To Its Customers