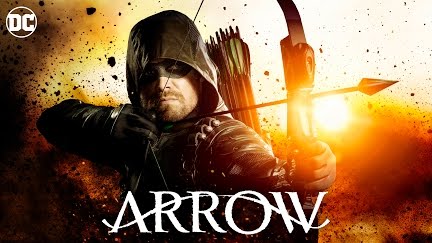 Stephen Amell, of the Arrow fame, on Sunday, revealed what would happen to the salmon ladder once the show pulls its curtains. He spilled the beans at the Television Critics Association press tour.

WHAT IS THE SALMON LADDER?

The salmon ladder from Arrow is both ill-famed yet an iconic prop from The CW series. During the very first episode, a vigorous workout saw Stephen Amell, as Oliver Queen, doing pull-ups. As he finished each move, the bar would go up one chime higher. The workout was symbolic. It was a reminder of how strong and focused the future Green Arrow is. And now, with the show bidding goodbye to the viewers this fall,  it will become a reminder for Amell of his time on the show.

Speaking to the press, Amell said that he would be taking the salmon ladder with him. He also joked about how he “needed one in the backyard to stay in shape.”

He also had a gripping back story to tell, about the salmon ladder. It turns out. It was built for the show on his real-life workout while preparing for the role. He exclaimed that the director David Nutter saw the salmon ladder when he was working out at a Tempest Free running. After that, David got built a salmon ladder for the series.

For Amell, this was a happy accident, and he is glad that they were bringing it back for the premiere.

The stakes will get higher in the last episodes of Arrow. Now that Oliver is aware of his imminent death, it will be interesting to see how the show unfolds and hopefully include some enthralling character returns.

Arrow’s final season will start from October 15th, Tuesday on The CW.

The first episode of Arrow premiered on 10 October 2012. The show also has spin-offs, which includes The Flash and DC’s Legends Of Tomorrow.