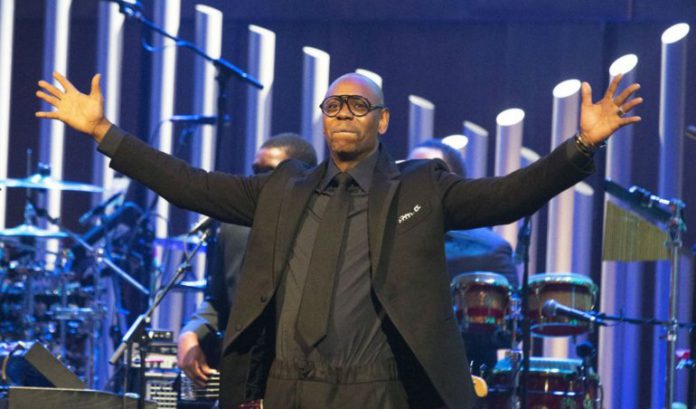 The stand-up comedian Dave Chappelle received the Mark Twain Prize for American Humour on Sunday night at the John F. Kennedy Center for the Performing Arts.
Chappelle was there along with his wife and kids. 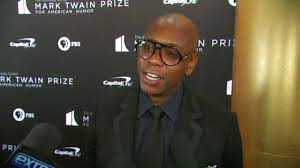 Dave Chappelle eventually went back to doing stand up comedy, portraying his jokes with serious reflections on social issues. He has also taken steps on the #MeToo movement. Chappelle also took on to controversies when he said he didn’t believe Michael Jackson’s accusers, and when he made jokes about transgender people. 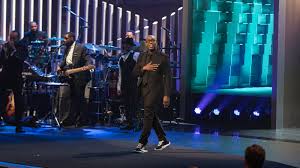 The forty-six-year-old comedian expressed his joy at seeing so many friends from different parts of his life, and at being a part of the comedy community he said: “I want you to know it belongs to all of us”. He praised Tony Woods one of his major influences in this field, director Stan Lanthan, and his mother who as always encouraged him.

A television special episode of the ceremony for the Mark Twain Prize is going to air on PBS station on 7th January 2020.

Previous article
Mr. Robot Season 4 Episode 4 ‘Not Found’ Review: The Oddest episode of the series so far
Next article
What does the production team of Frozen 2 have to say about the most anticipated movie of 2019? Know about the movie from the Creators themselves!!!!