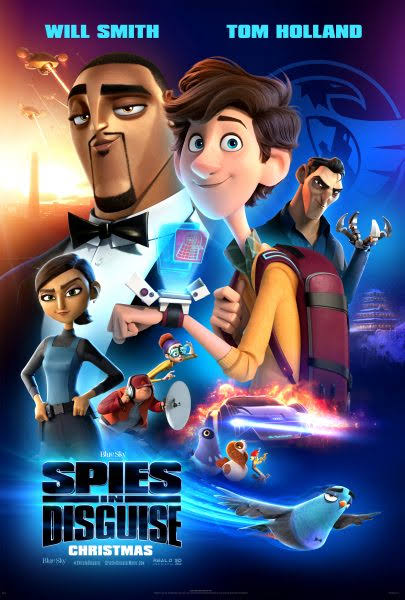 The third trailer of action-comedy Spies and Disguise is out, and we cannot keep calm. The animated action-comedy is to star Will Smith and Tom Holland. Spies and Disguise are going to be first Blue Sky Studio’s production under Walt Disney Studios Motion Pictures, after Disney’s acquisition of Fox. It is co-produced by Blue Sky Studio, Fox Animation, and Chernin Entertainment.

The new trailer features Will Smith as the star spy Lance Sterling. Lance Sterling possesses very sharpened art of espionage and lobster combat, and he has mastery in applying the absolute pressure to the vagus nerve. 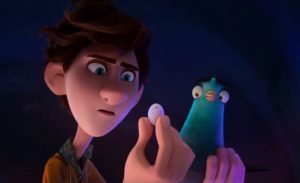 While Tom Holland is featured as a young genius Walter Becket, faltering with his latest invention, sterling is taken by surprise by Becket’s talent. Sterling drinks one of Becket’s concoctions, supposed to be an invisible potion. But something goes wrong, and Sterling instead of becoming invisible transforms into a pigeon. Well, it is going to be really interesting, seeing a pigeon spying.

Producer Michael J. Tracers has co-written the script of Spies in Disguise with Brad Copeland. And it is directed by Troy Quane and Nick Bruno. As per earlier reports, The Marvelous Mrs. Maisel star Rachel Brosnahan and legend Reba McEntire will also give their voices to the characters in the movie. However, further details about the duo’s roles are not yet out. 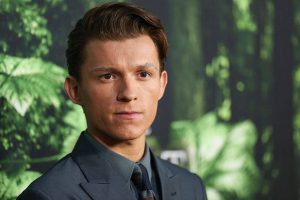 Spies in Disguise will hit the theatres this Christmas on 25th of December. Earlier the movie was to release this year on 18th of January.

Exciting news for Superman fans! Lois and Clark: The New Adventures of Superman might come back! Dean Cain and Terry Hatcher are in talks to bring it back!!
Is Kate Hudson’s Son Ryder, 15, embarrassed by mom on Social media? ‘You Didn’t Ask Me’ He Calls Her Out on the video she posted!!