SNL ‘Saturday Night Live’: The Show is Coming Back with its Second Episode Online 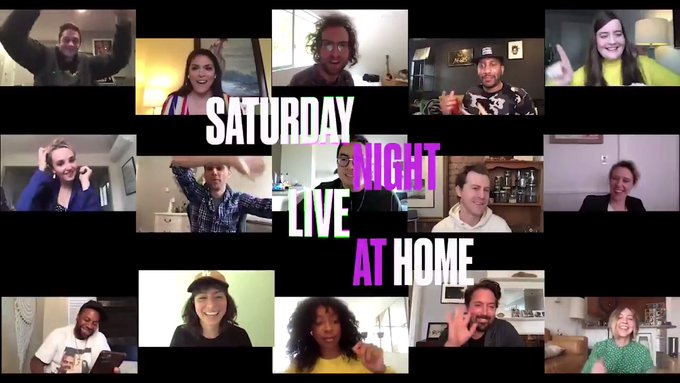 Saturday Night Live is coming back again this weekend after a successful April 11 airing that marked the first episode since the show’s last live taping on March 7.

The April 25 episode was aired at its usual cable time on NBC beginning at 11:30 p.m. ET and 8:30 p.m. PT, live on both coasts. This 90-minute episode can also be viewed on the NBC app or the NBC website.

This can be also be watched at Home” on NBC via services including Hulu Live TV,  Youtube Live TV, Sing and Fubo TV.  Hulu airs the full episode beginning on Sunday, typically by 12:00 p.m. ET as usual.

The episode which was aired last week, jabbed at everything from Carole Baskin of “Tiger King,” to Donald Trump, and the state of quarantine in which we’re all now living.

According to the review of Indiewire, the prerecorded and virtual nature of this episode makes it hard to critique. Now, there’s no fancy production team, no impressive sets, no elaborate hair and makeup and also there’s no audience for the cast to play off . This  really becomes an issue for Weekend Update despite the fact that Michael Che and Colin Jost’s  are trying to have the opposite effect.

If you are of the belief that ‘SNL’ is funny or not funny,  the show still have  talented cast and writers, who now will have to reframe their comedy without an audience.”

The show along with being aired at 11:30 p.m. ET and 8:30 p.m. PT, the new episode of “Saturday Night Live” will also launch simultaneously at 10:30 p.m. CT and 9:30 p.m. MT, which will enable the audience to join together in a show which is working to rebuild a sense of community in a time where that’s otherwise gone asunder.

Previous article
Will Smith’s Son Jaden Smith is Out with his Sexuality! Read to Find Out Who is He Dating Now.
Next article
Paris Hamilton Opens About her Struggles and Battles that She Faced While Growing-up