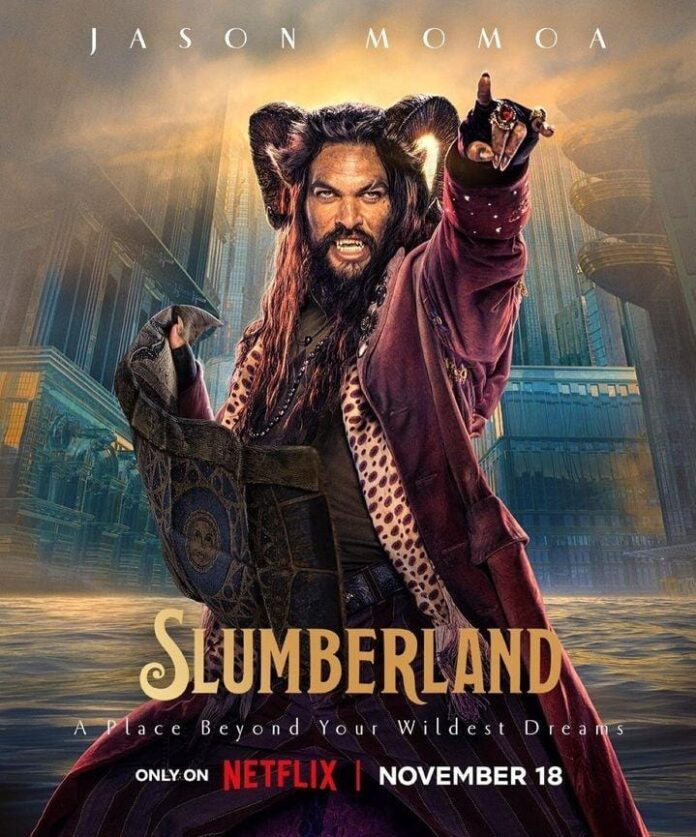 The movie Slumberland and its reference

The movie Slumberland was directed by Francis Lawrence and released on 11th November 2022. The movie showcases Jason Momoa and Marlow Barkley in the lead character roles. Director Francis Lawrence took the referred Little Nemo in Slumberland for the namesake of the hero as well as for the title of the movie.

The movie Slumberland revolves around Marlow Barkley a devoted daughter of a widowed lighthouse keeper. When her dad dies, trying to save a stranded boat, she was sent to live with her uncle, Chris O’Dowd’s Phillip, whom she never knew about.

Philip who owns a doorknob company had no idea of how to take care of a kid. For him getting enrolled in a fancy school is the toughest part of the job.

During a bad night’s sleep at Philip’s apartment, Nemo’s four-poster bed creaked up and walks her into a strange new world of dreams.
There she met Flip, a huge man with fangs, doe ears, and the horns of a ram. Nemo knows Flip from her father’s stories of his youth.

They were best friends as kids but for some reason, Flip got stuck in the unconscious realm with his bad-boy mythology for several decades. He’s a bit of Momoa’s version of loose cannon comedic quirk who seems to have owned a debt to Michael Keaton’s Beetle juice though he tries to be a team player, enlisting the kid for a quest of perilous travel, magic pearls, etc.

They lively sequenced play like Inception, for primary schoolers, and his crafts teams created many bright and colorful worlds. The movie reminded us of all the real-life stuffs that need to be digested in order to grow up.