Sister Act 3: It might actually be happening! Here is what Whoopi Goldberg had to say about it! 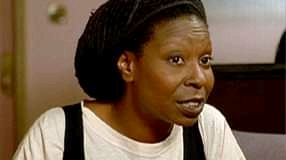 The interesting series, Sister Act is gonna be renewed for a third season. Whoopi Goldberg recently revealed that discussions about the making of Sister Act 3 is currently going on. Deloris Van Cartier, the Veteran star who played the lead role in the series in 1992 and 1993 for the sequel disclosed that preparations are being made for making of the threquel and the cast and crew are working with full dedication for it.

When asked about the reason for not bringing the third film since so long, Goldberg replied to James Corden that they thought people didn’t want to see a third film of the franchise. But then they got the feeling that may be they are wrong and that people want more of Sister Act. So they finally thought of bringing it back. And now they are planning about how to get the whole cast back together again.

Talking about the film, Goldberg also commented about her experience while she played the role. She got enthusiastic while speaking about her character and said that it was fun to play the character and she felt really good throughout the movie’s shooting. Moreover, she also said that she was the one who continuously kept asking for the production of third film.

None of the comedy films during the 1990s became as successful as Sister Act in terms of the gross. The movie made a box office collection of $231 million which is was the most earned by a movie at that time. Announcement about the remaking of Sister Act for a threquel was made in 2015 but after that the makers didn’t give any update. We hope to get more info soon, till then stay tuned.

Previous article
IISC Banglore recently launched “The most wanted course of all time”! Check out for all details here.
Next article
Want to know how to get unlimited swipes, likes and no ads in Tinder Gold mod apk? Check out all the secret hacks we have for you.