Shocking!!! Princess Diana’s iconic gown fails to grab the attention any longer!! Didn’t sell off at the auction? 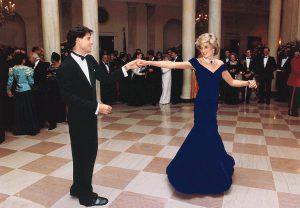 It’s truly said that some things are just priceless. But is it really that impossible to find a buyer for something priceless yet out for sale??

A piece of the Princess did not get to see the glory of getting a buyer, and the world is shocked!

The historic dress that the Princess, who ruled over the hearts of England, wore in 1985 during her instantly iconic dance with the heartthrob John Travolta at the White House state dinner had finally recently gone up for sale with the Kerry Taylor Auctions but unfortunately could not see the end of bagging a buyer for itself. Despite the predicted estimates that the dress would probably fetch something between $330,000 and $450,000, the bids disappointingly failed to reach the reserve price of around $265,000. 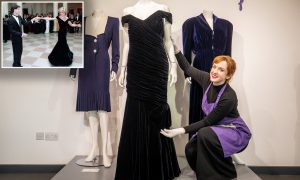 According to the auction house, Princess Diana herself had requested her iconic dress to be a bare-shoulder look and to be made in midnight blue after seeing a burgundy version of the same dress at designer Victor Edelstein’s studio. The fittings for the gorgeous gown had taken place at Kensington Palace, which was Diana’s private apartment. According to reports, she was so pleased with the final results of the gown that she had rushed to Prince Charles herself to show the dress, on which he told her she looked wonderful. 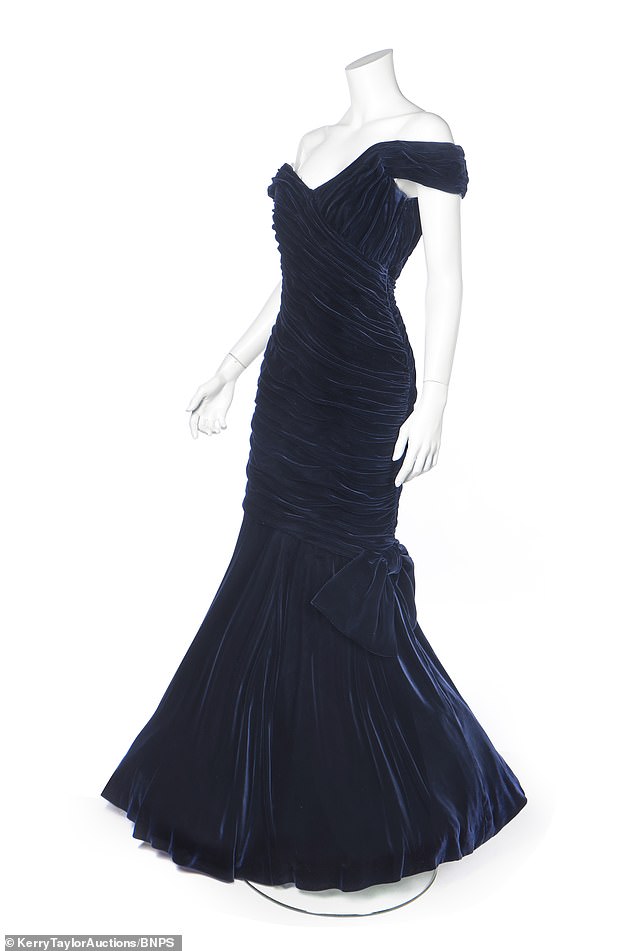 Even though the dress did not fetch the numbers, which were expected, still the dress was sold post-auction to a British institution for about $290,000. According to the auction house, The seller said he was delighted that the dress would stay in the UK.

Although the dress unfortunately disappointed the admirers in terms of money, two of her other ensembles were sold at the auction for above-estimated prices. A blue velvet evening gown by Katherine Cusack was sold for over $60,000, while a navy Catherine Walker outfit went for nearly $37,000.

Previous article
Lizzo gave a major complex to Cheerleaders when she went a little crazy twerking in a thong at the Lakers Game Sunday night!!
Next article
Josh Duhamel mastered the art of ‘moving-on’ and now model Audra Mari seems to be his cup of Tea??