The Pretty Little Liars star, Shay Mitchell, gave birth to a baby girl. The actress shared this joyous news through a post on Instagram.

Mitchell, 32, and her boyfriend actor Matte Babel, 39, are now proud parents of their first child. This Sunday, Shay posted a picture on her Instagram, which shows her holding the little hand of their daughter. She captioned the photo, “Never letting go…”. 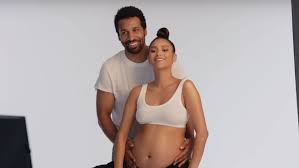 Early in January, Mitchel revealed her bitter experience, suffering a miscarriage. Five months later, in June, she announced her pregnancy. She broke the news on Instagram sharing a picture of her baby bump captioned, “Guess who’s preggers”?

Since then, Shay Mitchel has been sharing various pictures and videos on her pregnancy. Actively documenting her pregnancy on social media, Shay and Matte shared their journey to parenthood through her YouTube series, Almost Ready. Shay even revealed that being pregnant made her wear adult diapers.

Shay Mitchel and Matte Babel met through their mutual friends and have been linked since January 2017. Earlier, they were just seen as a rumored couple, but with the news of Mitchel’s pregnancy, they confirmed their relationship too. And now they are blessed with their little bundle of joy, a cute little baby girl. Fans and people from all around sent their good wishes to the baby and her parents.

Previous article
The Mysterious, Sensational And The Attention Captivating Show: Watchmen!!! Finally Premiered!!
Next article
New Accusations Spilled By Gretchen During Their Father’s Wake!! Blaming Majorie For His Heart Attack!!