Sex Education season 2 is coming on Netflix this January: Peek Inside for Plot, Cast, and all the details you need to know! 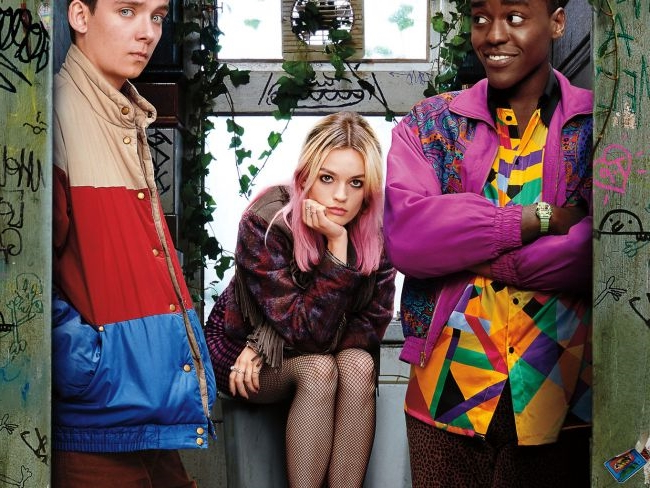 Buckle up boys and girls, it’s time for another lesson because Sex Education is back with another series and a lot more drama!

After the show received huge success with its first season, the British comedy-drama series is back with another season! The series focuses on a group of young people who are trying to navigate their way through sex and relationships, as well as finding their own identity. Season 1 ended on a very abrupt note with lots of open-ended stories and the fate of many characters just up in the air, which meant there was a lot left to the story, but finally, Netflix has confirmed that the series loved by over 40 million households are going release on the media platform on 17th January 2020. The new season will be eight episodes long.

According to sources, all the previous characters will be back which means: Anderson as Jean, Emma Mackey as Maeve, Gatwa as Eric, Aimee-Lou Wood as Aimee, Connor Swindells as Adam, Kedar Williams-Stirling as Jackson, Tanya Reynolds as Lily, Patricia Allison as Ola, and last but not the least, Asa Butterfield as Otis, for the new season. The season will probably revolve around our favorite character Otis too again as Nunn believes he’s a “fantastic lead character”.


As a late bloomer, we’ll see Otis trying to master his newly discovered sexual urges to progress with his girlfriend Ola whilst also dealing with his now strained relationship with Maeve. Meanwhile, Moordale Secondary is in the throes of a chlamydia outbreak, highlighting the need for better sex education at the school and the new kids who will come to town and challenge the status quo. Maeve and Aimee’s BFF relationship will be seen stronger than ever, and Eric will be seen notices his new-found self-confidence attracting unfamiliar kinds of attention. Adam will be at a military school but is still conflicted about his feelings for Eric.

Meanwhile, Lily will be seen hitting a pause on her sexual endeavors to focus on her creative talents and will find a newfound friend in Ola. Jackson is going to be forced to flex his mental rather than physical muscles and is still buckling under the pressure from his parents to succeed, while Jean and Jakob’s relationship is discovered and they will have to learn how to operate as a blended family. Jean will form an unlikely connection with Mrs. Groff and friendship between the two women can be seen.

All in all, it’s going to be one hell of a season!

Previous article
Justin and Hailey Bieber’s pup has destroyed their Christmas tree!
Next article
Lucid Dreams Rapper Juice Wrld reported dead but what was the cause of bleeding month?