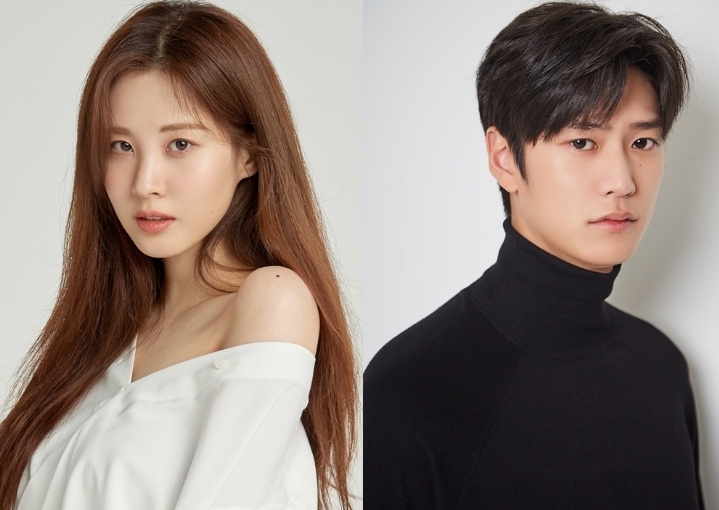 When The Jinxed Met The Goddess Of Luck

Seohyun, the girl from Girl’s Generation band is set to star opposite Na In Woo in the upcoming K-pop romantic drama “Jinxed Couple” on A. Seohyun will be playing a female lead role as Seul Bi. Meanwhile Na In Woo is confirmed to carry the role of male lead as Gong Soo Kwang.

This romantic drama is based on a webtoon of same name, “Jinxed Couple”. And the filming has officially begun.

The Story Of The Jinx’s Lover

“The Jinx’s Lover” portrays amazing story of a man whose life is considered to be ‘tied to a rock and thrown in the sea’, and when he meets ‘The Goddess Of Luck’ his life takes twists and turns. Both seemed to have a rough background and after their meeting they start to dream about the outer world.

Seul Bi was grown up in a secret room and away from the world because she had the ability to know the future of any person she touches. Out of curiosity she escapes out of her captivity and meet Gong Soo Kwang a charming young man who is calm and composed, works as a fish monger and his life changes drastically.

Now the conclusion about the story can be described as how they were able to cope up with all the obstacles that came in their way. And the question is will they be able to live a life that is real and not a dream.

About The Lead Actors

Introduction won’t be necessary for the lead actors as both are accomplished names in the field.

Seohyun started her singing career in 2007 with the ‘Girls Generation’ band group one of the most popular K-pop group in the world and soon debuted in 2013 as an actor which includes ‘Ruby Ruby Love’ and ‘Bad Thief, Good Thief’. She had a successful career both in singing as well as acting making her the perfect option for the role of Seul Bi.

Na In Woo made his debut in the year 2013 and started to act in dramas as a guest appearance. He made his official debut in T V drama ‘Shine or Go Crazy’ and nominated for 2015 MBC Drama Awards for best actor.

See also  The Originals: Here is how Rebekah Michaelson drank the cure and tried to fulfill her wish of being a human again! Check it out.

The sailor of the ship Yoo Sang-Ho who directed ‘River Where the Moon Rises’ will be directing this romantic fantasy drama. The broadcast channel and premiere date are yet to get finalized.

Brittany Murphy: The Alarming Death Is Finally Up In A Documentary!

Brittany Murphy The Unresolved Death Mystery Of The Star Brittany Murphy, a Hollywood star was found dead at her home on December 2009. Her death took many extents where there was different opinions by many. The forgotten star was well...
Animation

Sora Is The ‘Irrevocable Fighter’ In The Final Super Smash Bros. Ultimate Fighter

Sex And The City Reprises As ‘And Just Like That’ In A HBO Max Announcement!