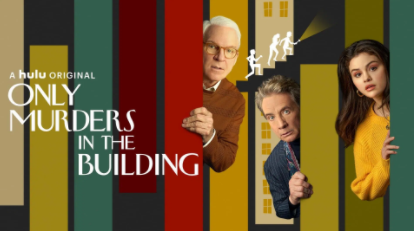 Only Murders in the Building seems to be an amazing thriller series. Just by the name of the movie we know there will be lots of murders and a lot of chaos along with it. But does the series also come shining through to the comic and dramatic part of the story? Yes. The series does have good comedy timing and drama as per the trailer of the series.

The story is about a murder that happened in the neighbourhood. There are these three people who are already obsessed with true crime stories. Soon enough one murder takes place in the neighbourhood. The crime takes place in chic Upper West Sider, Mabel. This makes us all question, do we even know our neighbours? The plot moves like all three together suspecting everyone else of being the murder.

Where and When we can watch the movie?

The series will be of 10 episodes premiering on 31st August on Hulu. Then we also have an official trailer of the show.

We can see in the trailer the three main actors of the series Selena Gomez, Steve Martin and, Martin Short. We can also see in the trailer all three of them searching and discussing this true murder that happened. Selena also has a love interest in the show. Selena Gomez was not a part of this project initially but she was selected by Steve later on when the film was started, Selena also shared her excitement about this series.

Another drama series by Hulu was ‘The Hardy boys‘ which did not do so well as expected. However, we are having big expectations from ‘Only Murders in the building’

Previous article
Brooklyn Nine-Nine Returned with Season 8 to Tickle Funny Bones while Showing Hard-hitting Reality! You don’t want to miss this
Next article
“9/11: One day In America”: Nat Geo’s Tribute to all the Victims of the Heinous Terror Attack