Selena Gomez releases two new songs in two days! ‘Look at her now’ is a bold transformation of a heartbroken girl! Take a look to know further details! 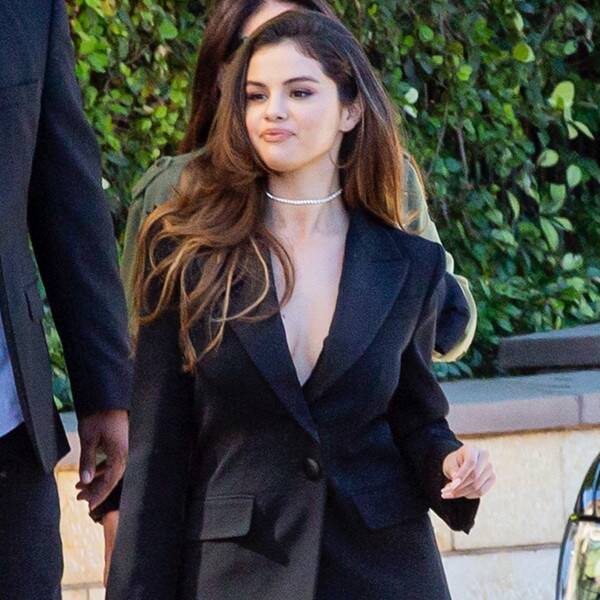 It looks like Selena Gomez is on fire. She has surprised her fans these past days. Since she released two of her songs continuously, fans are eating it all up.

Just yesterday, she released her song ‘Lose You to Love Me,’ and now she has surprised her fans with ‘Look at her now.’

‘Look at Her now’ is an ode to recovery and mental growth:

The freshly released song depicts the change in a girl after a relationship. Since the songs are visually appealing due to different lighting, the lyrics also seem peppy. However, they have a deep meaning.

Though the tone is light-hearted, it conveys the emotions well.

Evidently, the song is about rediscovering oneself after a relationship. She wants to give hope to people to move on. Indeed, this was the inspiration behind the catching song.

Additionally, the moves by Selena add a personal touch to the song. Previously, her song featured her sitting on a stool, expressing her emotions through the words.

Certainly, the words describe the partner finding love soon. And how they move on faster, leaving the other hanging. Still, she is happy to have avoided a long term connection with the partner. Clearly,’ dodged a bullet’ expresses the same.

Her fans and admirers appreciated her new song with enthusiasm. Gomez further details that this was a special gift to all the fans since she experienced hard times, but her fans supported her no matter what.

Furthermore, it talks about the belief that love can happen again. But one’s choice to find it is paramount.

The song is a confidence booster to those just out of a relationship. Also, it speaks about emotional growth and learning from past mistakes.

‘Lose You to Love Me’ is a love ballad

Her love ballad ‘Lose You to Love Me’ is shot in black and white with lyrics in the first person. In fact, the songs entail the feelings experienced in a toxic relationship.

It describes how a person loses themselves, their choices for their partner. However, the newly released song speaks of a strong person who overcomes all this. And now it is in a happy space.

Interestingly, Gomez claims on Instagram that the music video is shot on the iPhone.

And here’s my special gift to all of my ride or dies! I created this with Apple especially for you. Y’all have been through it all with me and I thank you for pushing me to be the best. Look At Her Now is out now. ❤️ #ShotOniPhone

Is Justin Bieber the one referred in the song?

In particular, fans are speculating that the song refers to Justin Bieber and Gomez’s on and off a relationship. Since Justin moved on so fast after their split, it seems to confirm this theory.

Since Justin Bieber hooked up with Hailey Baldwin immediately after a breakup with Gomez, then, he proposed to her.

Though Selena Gomez is back to focusing on her career, now, she is not letting the personal rifts hold her back. Obviously, everyone is pleased with her progress.

Previous article
Tom Cruise and Suri Reuniting After Six Years; Read Further To Know What’s Holding Him Back To Meet His Own Daughter
Next article
Highest % of eating Trans fats may cause 75% more risk to cause Alzheimer