Zombieland is back! The cult zombie movie comes back to screens this month. The first Zombieland film released 10 years back in 2009. And now, we get to revisit the crazy comedy. The new installment Zombieland 2 has all the main cast members – Jesse Eisenberg, Emma Stone, Woody Harrelson, and Abigail Breslin.

But a few fresh faces have also been added to the lineup. This includes actresses Zoey Deutch and Rosaria Dawson. And by some reviews, it looks that the newcomers were very well received by the fans of the movie. All the stars recently made their red-carpet appearance for the Los Angeles premiere of the movie. And when it comes to style, the girls stole the show this time. 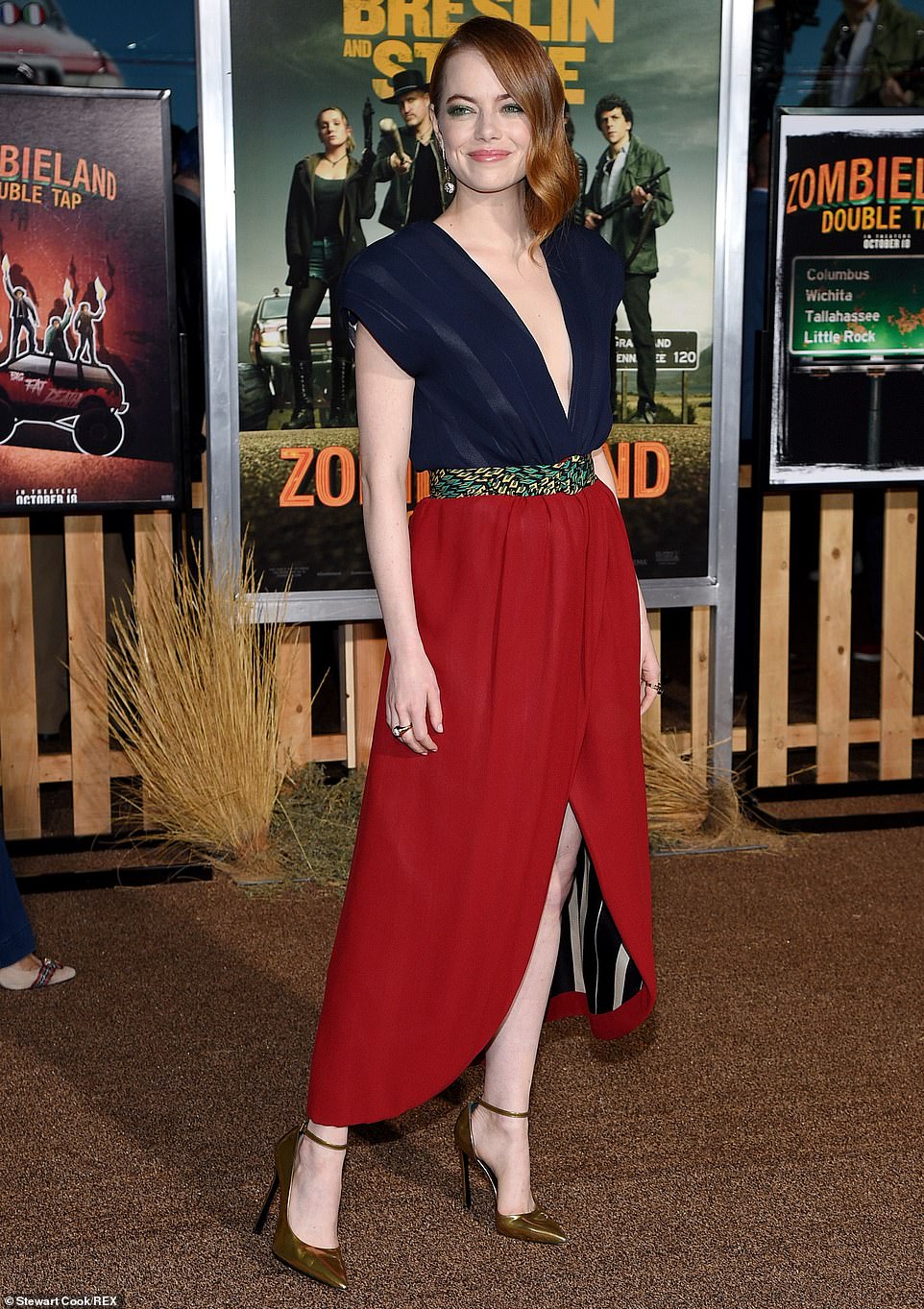 Firstly, Emma Stone looked beautiful in her two-tone dress from Louis Vuitton. The rusty red skirt was offset by the deep blue top of the outfit. The plunging neckline and high slit brought the right amount of sexiness, while still looking elegant.

To add dimension and curves, the dress was cinched at the waist with a patterned belt. Stone finished off the look with gold stilettos and diamond drop earrings. Her hair was side-swept with waves and the makeup kept minimal. You can just see the hint of blue eyeshadow on her lids to match the dress.

And then Zoey Deutch came and wowed us with her ensemble. She chose a blush-colored sleeveless gown for the premiere. The sheer dress was embellished with crystals in a geometric design. And the sweetheart neckline was decorated with ruffles. To let the dress be the main talking point, Deutch kept the rest of her look very minimal – just a diamond ring and neutral makeup with a slightly-messy bob. 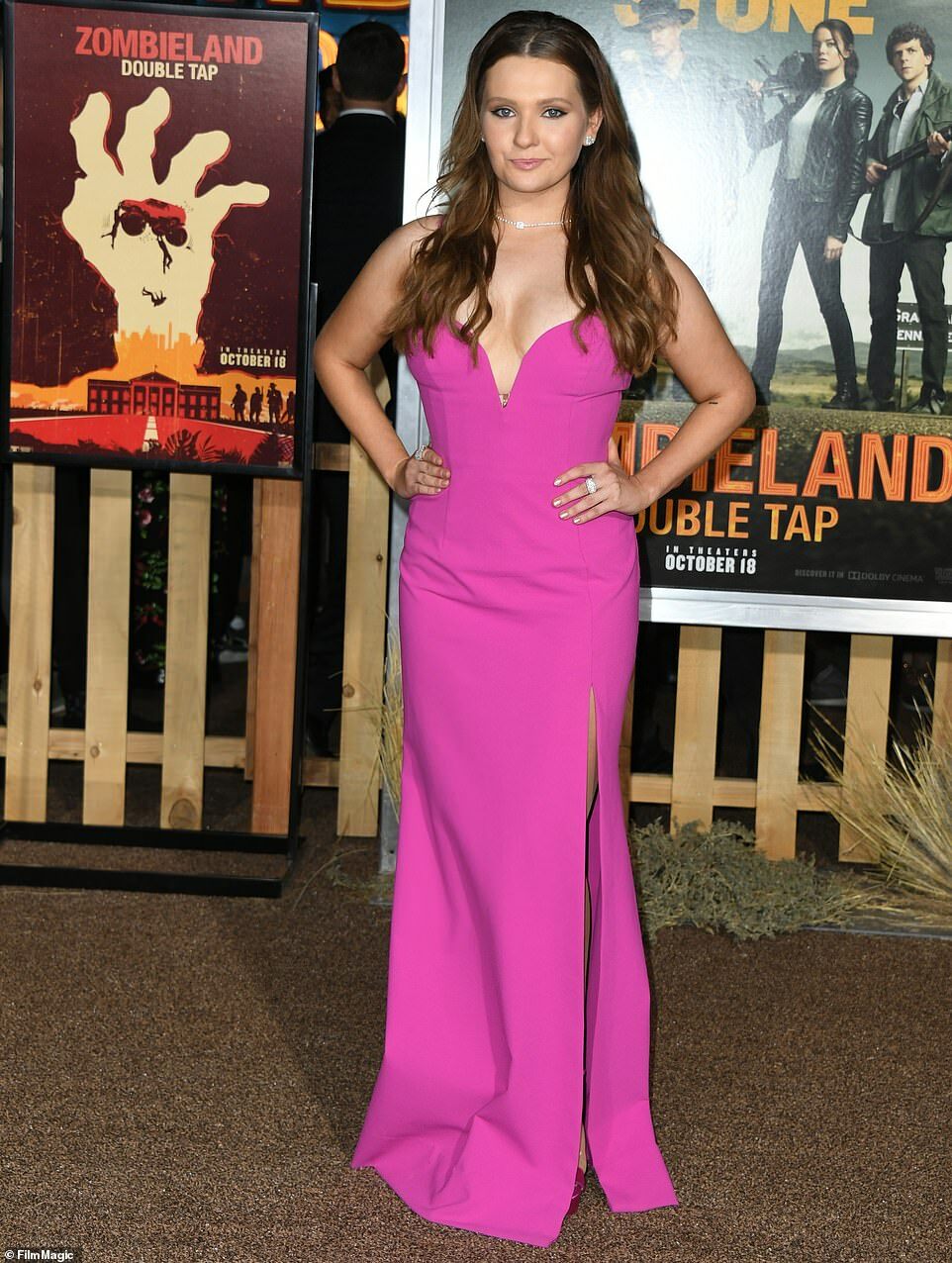 Abigail Breslin also brought her A-game to the red-carpet event. Unlike her co-star Zoey Deutch, her look was colorful and eye-catching. Wearing a hot pink, body-hugging dress, Breslin let her sultry sideshow. The thigh-high slit showed off her toned legs and her satin pink stilettos. Understated diamond jewelry such as a choker and studs completed the attire.

Brad Pitt And Angelina Jolie’s Daughter Zahara Is Now A Official jewellery designer And She Has Already Debuted Her Collection With Her Mother On The Red Carpet
OMG!!! MCU releases first trailer of Avengers: Damage Control; Trailer shows the return of Ultron