Salma Hayek, 53 shows off her Curves in Sultry Bikini Pics; Also, declares her Love for Turtles 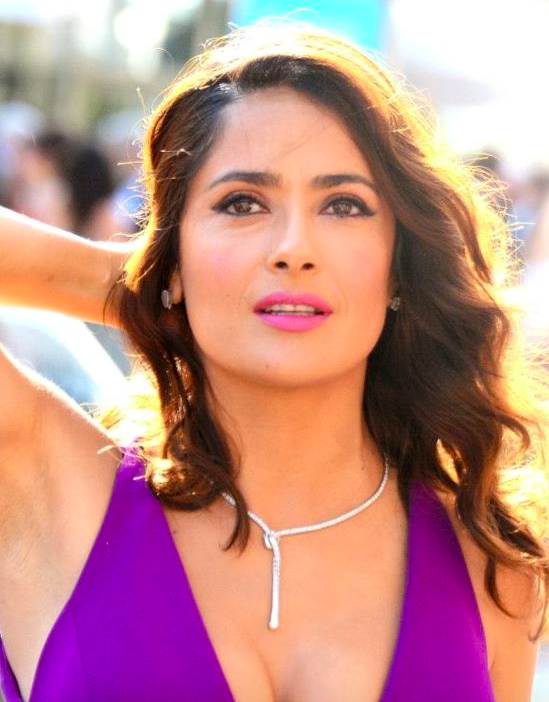 The 53-year-old actress’s bikini-love is hidden from nobody. It’s not far back when the actress shared her bikini pictures with her fans on her birthday. This time she has taken her love for turtles to her Instagram handle and also shows off her forever-young curves.

On Wednesday, the Oscar-nominated actress, Salma Hayek shared a picture where she is seen in a two-piece bikini in red and pink color. She posted two identical pictures in different poses on her social media handles.

In one, she is sitting on the grass with wavy beach hair, hugging her curves and flashing her cleavage, and captioned it, ‘I like turtles on the beach.’ The post gained a thousand likes in no second. Her fans glutted the comment section appreciating her curves and her ageless beauty. Some of them also joked about not seeing the turtle with her, as this post of her’s is about turtles.

I like turtles on the beach 🐢 Me gustan las tortugas en la playa pic.twitter.com/nwIDZLYaDp

She posted another one after hours, in the same bikini in a unique pose and seen stretched on her one-hand side where her flat stomach and well-endowed thighs were flashing. This time she also included her turtle on her side, captioning, ‘Oops…I posted the right caption but the wrong picture.’

Fans showed their love for her new post and some also for the turtle. Some said the turtle was lucky to be on her side. While another one added how beautifully she has maintained herself even after the age of 50 and how miraculously she makes herself look so young.

Previous article
Know how Intermittent Fasting is Beneficial for Weight Loss and Healthy Lifestyle!!! Even Jennifer Aniston follows this short-term fasting method!!!
Next article
An Australian man used metal shaft to hit the victim before brutally raping and murdering an Israeli Student! Judge imprisoned Codey Herrmann for 36 years for the “savage assault.”