See also  Chris Hemsworth Recently Talked About His Brother's Divorce And Well, Took A Dig At Miley Cyrus As Well! Check out what he had to say!
More
HomeEntertainmentRyan Murphy's "The Politician" is already out and here is the review...

Ryan Murphy’s “The Politician” is already out and here is the review for it! The Netflix show stuggles to impress people! 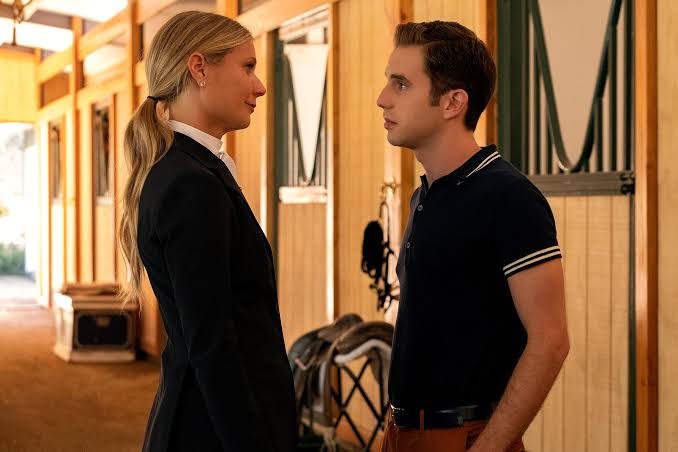 The streaming network Netflix has introduced its new show “The Politician” at a curious point of time. The platform is recently done with two of its important shows, “House of Cards” which finished last year and “Orange Is the New Black” which had concluded its seventh season this year.

The strategy used by Netflix is to approach the talent which is also present behind the camera such as directors, producers, writers, etc. These people also have a brand image as those who are working in front of the camera. Shonda Rhimes, the star producer, has signed a deal to produce eight shows for Netflix.

See also  Chris Hemsworth Recently Talked About His Brother's Divorce And Well, Took A Dig At Miley Cyrus As Well! Check out what he had to say!

Similarly, Ryan Murphy is also responsible for shows like Glee, American Horror Story anthology series, etc. the deal signed by him is so large that The Hollywood Reporter dubbed him “TV’s first $300m man.” “The Politician” is one of the first shows for Netflix.

The Netflix series is about an election for student-body president in a high school set in South California. ‘Vulture’ reported the show as “aggressively kitschy and cutesy.” They said that whenever the show tried to calm down the sincerity come along. It seems like a politician is reading his speech for the fourth time in a week.

Despite all this, the show manages to deliver some touching and insightful moments. Ben Platt from ‘Dear Evan Hansen’ plays the lead in the show as Payton Hobart. He loses his parents when he was young and is adopted by Georgina Hobart (Gwyneth Paltrow) and her wealthy collector husband Keaton (Bob Balaban). These two already have arrogant twins which are played by Trey and Trevor Eason. He had dreamt of being the president of the United States after graduating from his dream school Havard since he was seven.

Eventually, it is shown that the aim of Payton is clear, to win the student-body president elections even if his opponent was star-born River (David Corenswe).

A second season for the show has been already confirmed and it is expected that the show will have four to six seasons. The show is planning to make Hobart climb through key stages of his life as he reaches towards the White House. Only the time will reveal what the show makers have in mind for the plot of the series.