More
HomeEntertainmentRogers Will Be Remembered for his Work, Lionel Richie is Still Heartbroken...

Rogers Will Be Remembered for his Work, Lionel Richie is Still Heartbroken for his Demise as He Pours his Emotions on Social Media 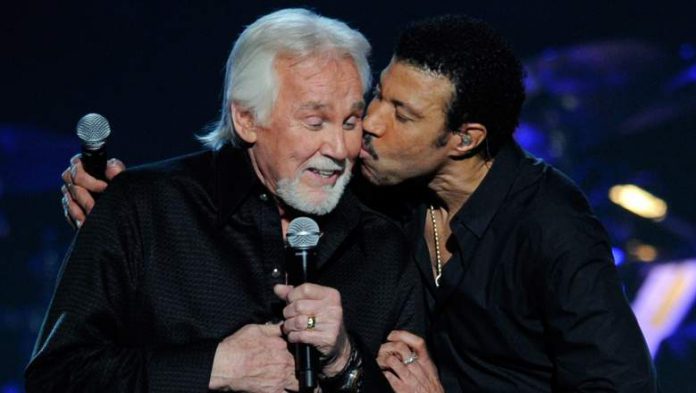 Losing someone dear is really a tough fight, Lionel Richie is a real example of this, a true appreciator and friend of Kenny Roger, who recently succumbed to god at age of 81. The 70-year-old singer posted a bunch of photos of Rogers and himself on the Instagram handle, remembering the good old days.

The two old gems shared an immense bond of amicable past and were in a good space in their personal and professional life. Richie and Rogers have sustained their decade-old friendship. Richie wrote for Roger’s big and all-time hit Lady which went chartbuster in the 1980s. It was marked as start of their friendship.

Today I lost one of my closest friends 💔 So much laughter so many adventures to remember, my heart is broken. My prayers go out to Kenny’s Family.🙏

Rogers was very fond of Richie’s. he uses to remember their good old days and the concert of Las Vegas in 2012. He said that Richie was not just a friend to him but was the career-changing person for him. An angel who gave him his most distinguish song, boosting his career. And he loves him for coming up with that song and believing in him.

Well, Hollywood didn’t forget to mourn for its hero. Roger was remembered by many esteem personalities for his work and gratitude. Keith Urban also tweeted, thanking Rogers for decades good music and great collaborations. He appreciated songs of the late singer and prayed for his friend’s soul.

Many more came out remembering the greats of the singer and the days with the singer, Roger was one of the greatest gifts to Hollywood. He was known for his unique style and jolly nature. Reba McEntire also posted a memory of Roger and herself remembering him and praying for his soul. She wrote about his singing and shared her happiness and positivity towards his great afterlife.

Kenny, Go rest high on that mountain. Please tell mama and daddy hi for me. Thank you for your friendship and your love. We are going to miss you but we are so happy you’re singing with the Angels in heaven. Can’t wait to see you again one of these days. Rest in peace my friend.