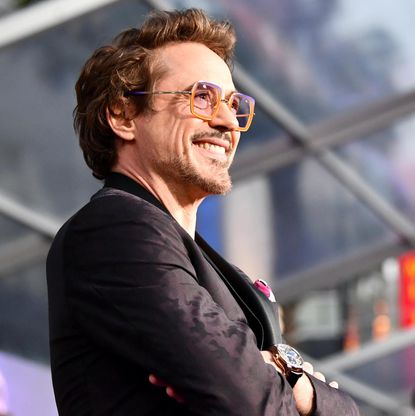 Iron Man star Robert Downey Jr. was extremely candid with David Letterman and opened up about some dark times in his life in the newest episode of My Next Guest Needs No Introduction.

Robert Downey Jr. Opened Up About His Drug Addiction In My Next Guest Needs No Introduction

The actor who was one of the highest-paid actors in the Avengers franchise talked about his drug and alcohol addiction and how he was struggling with it. However, during this discussion, he recalled how Jodie Foster sent him a letter when he was in prison back then.

The two have been good friends since they worked in the 1995 film Home for the Holidays. The actor also admitted that this was the time when he was using and working at the same time while talking about this particular movie.

Robert Downey Jr. has been over since 2003, bagging the role of the billionaire tech genius Tony Stark was the biggest breakthrough for the actor. The first Iron Man movie received an overwhelming response from fans and there was no turning back from there. As the actor recalls his journey in the show and mentions how Jodie was kind enough to send him a letter while he was in prison after he was arrested for violating probation.

@robertdowneyjr gives Dave his unfiltered feelings on the iconic headpiece next Wednesday, only on @Netflix.

The Avengers star also describes the addiction like a brain disease and how addicts find it difficult when they are offered a solution during that time. They don’t want to take the cure when its offered to them. Watch the latest season to see the full episode where the actor makes some interesting revelations.

Shonda Rhimes is All Set with a New Upcoming Series on Netflix
K-Pop Senation ‘Irene’ from Red Velvet Apologized for her Behaviour. Full Story Inside