Veteran actor Rob Garrison passes away at the age of 59. He was best known for the playing role of Tommy in ‘The Karate Kid’ and ‘Cobra Kai’. The actor passed away on Friday at a hospital in West Virginia.

According to sources, he was hospitalized a month ago due to kidney and liver failure. He was remembered for his dialogue in ‘Karate Kid’ some of the popular one is “Get him a body bag!”.

All the ten episodes of the first season were released on 2nd May 2018. It received quite a good positive response from the audience side. The second season was released on 24th April 2019. Also on May 2, 2019, YouTube premium renewed the series for a third season, which is scheduled for a 2020 release.

Jon Hurwitz the American screenwriter, director, and producer, tweeted sympathetically after the actor’s death. He told that his entire team of ‘Karate Kid’ and ‘Cobra Kai’ was devastated by the news of Garrison’s passing. He also tweeted that he was looking forward to working with Rob Garrison and plans for Tommy in the third season of ‘Cobra Kai’. 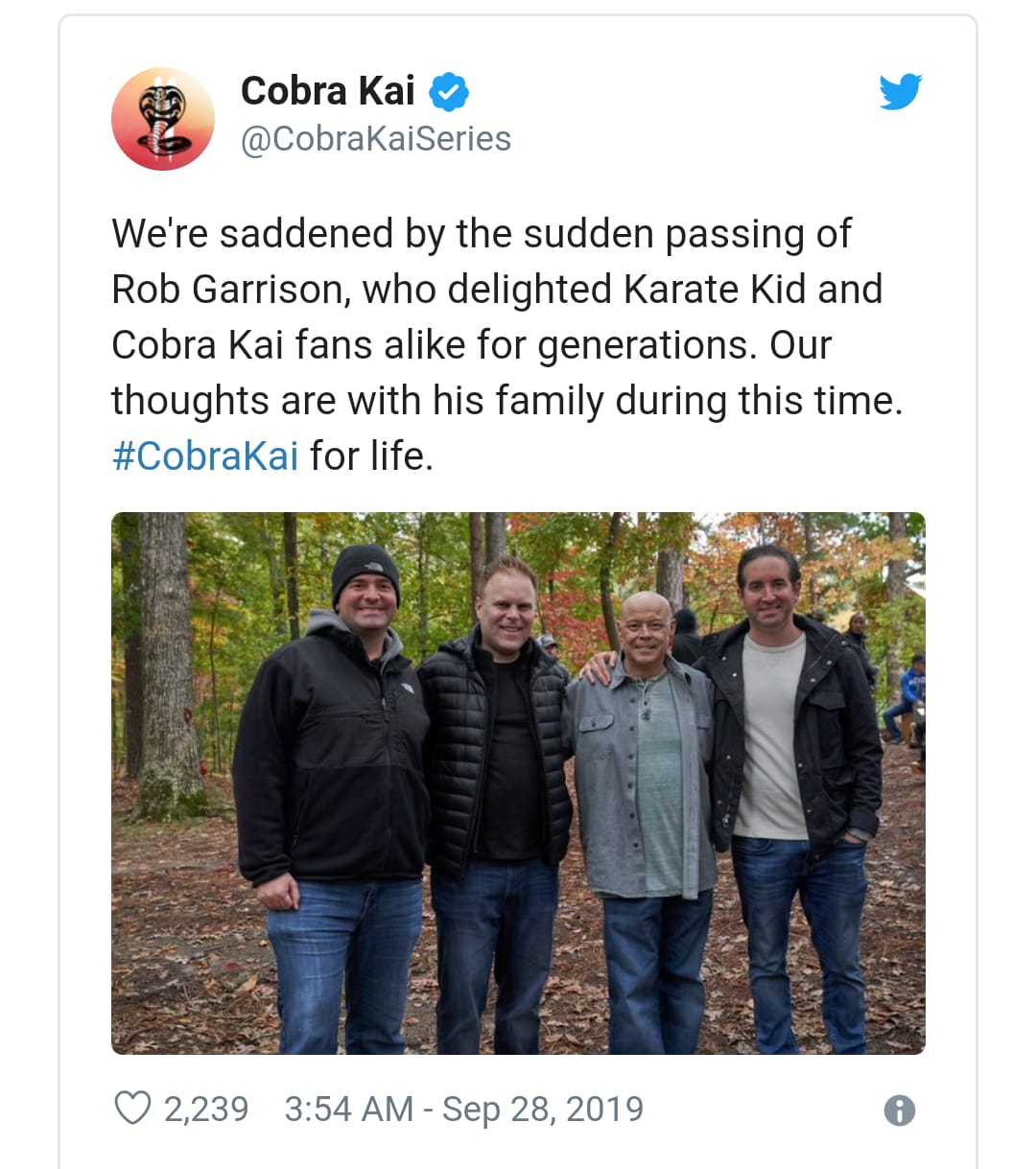 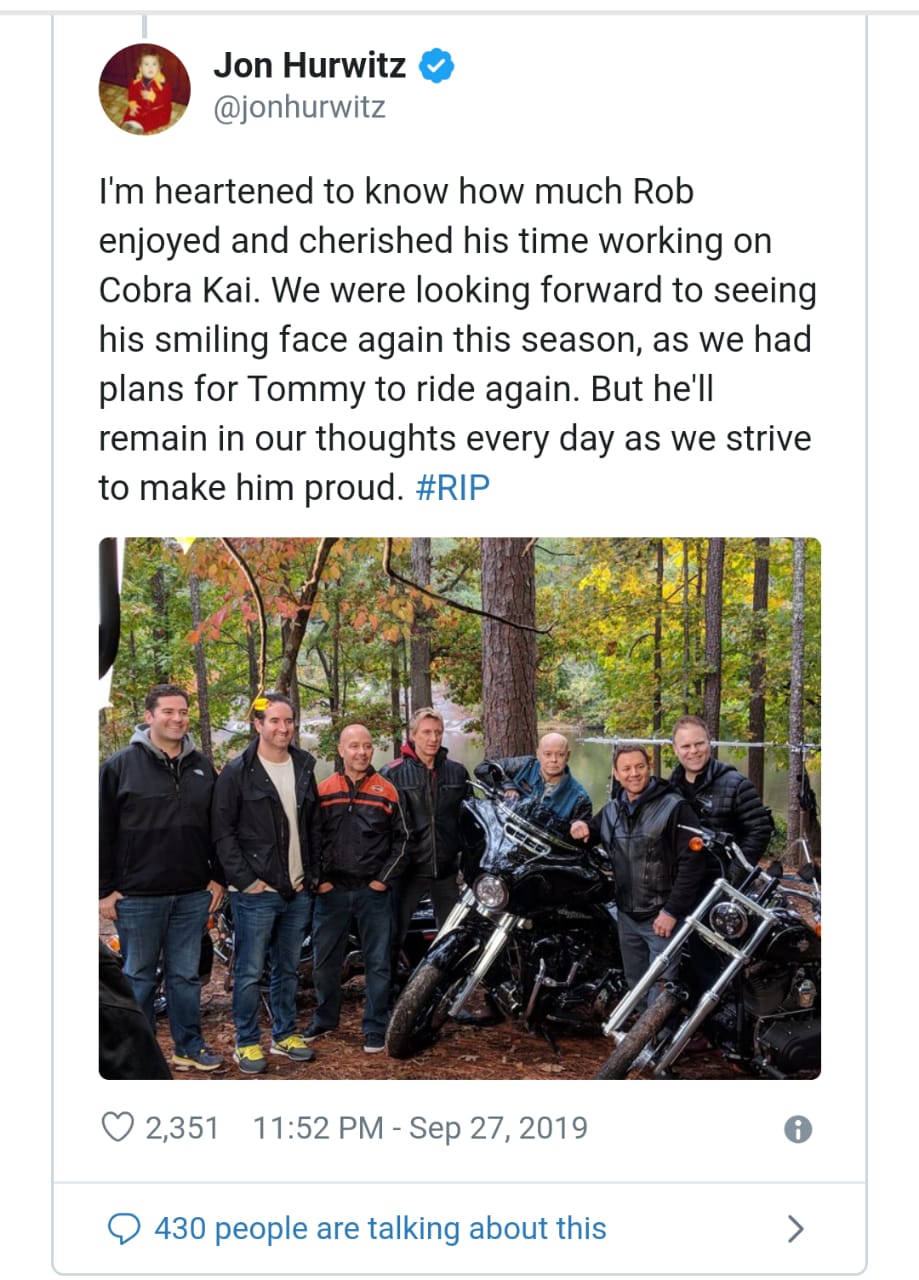 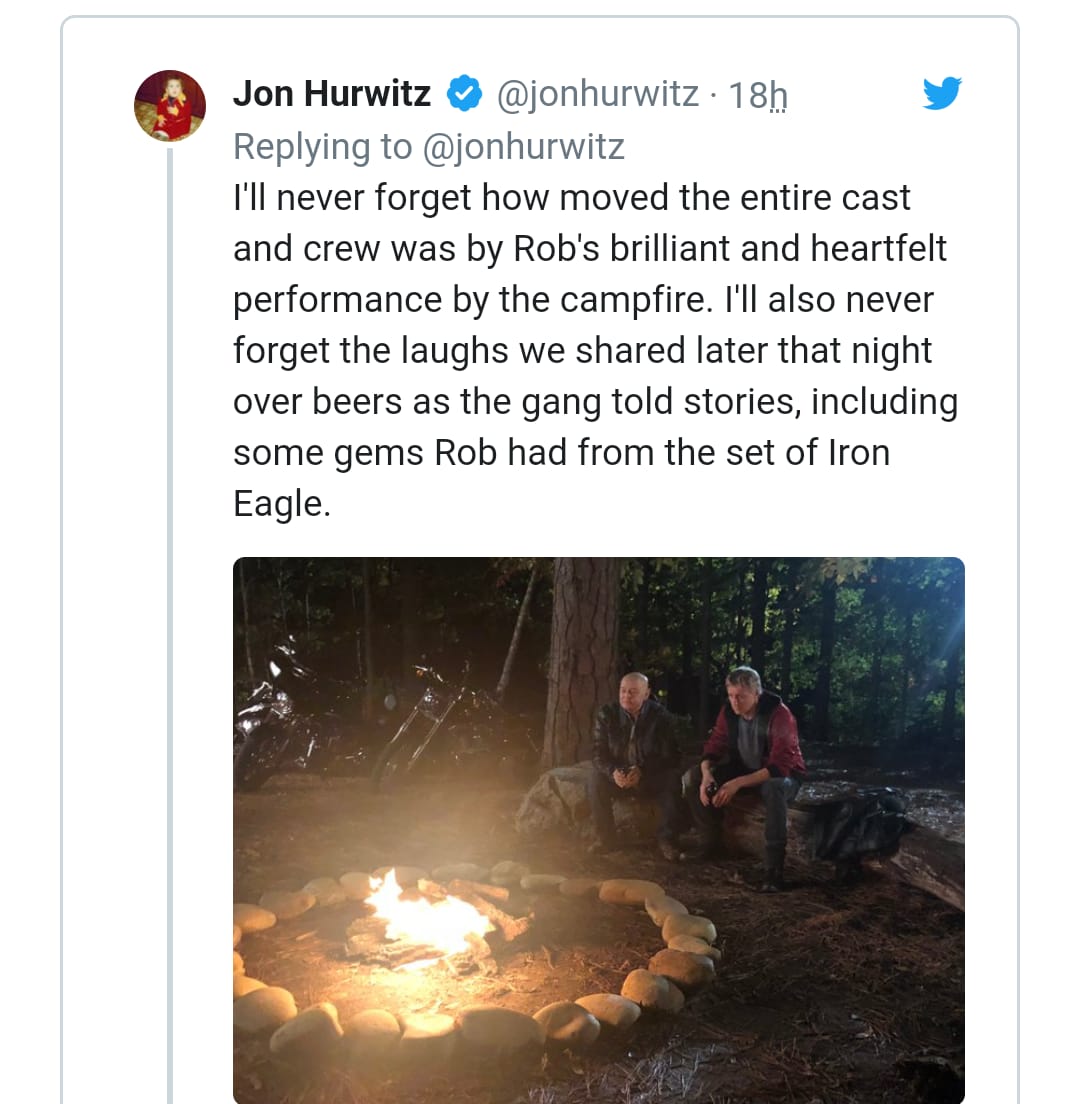 Rob Garrison also acted as a child actor in ‘Starship Invasions’ during the year of 1977, followed by several other small casting roles. He also made other onscreen appearances such as ‘Coach’, ‘The Iron Eagle’, ‘Columbo’ and ‘MacGyver’. He was one of the great actors in ‘Karate Kid’.