See also  James Gunn Put Out a Heartfelt Instagram Post upon Wrapping Up the Shoot for Suicide Squad!
More
HomeEntertainmentRihanna Defends Vogue Writer Who Winged Their Interview; Says 'Its Gangster'!!! 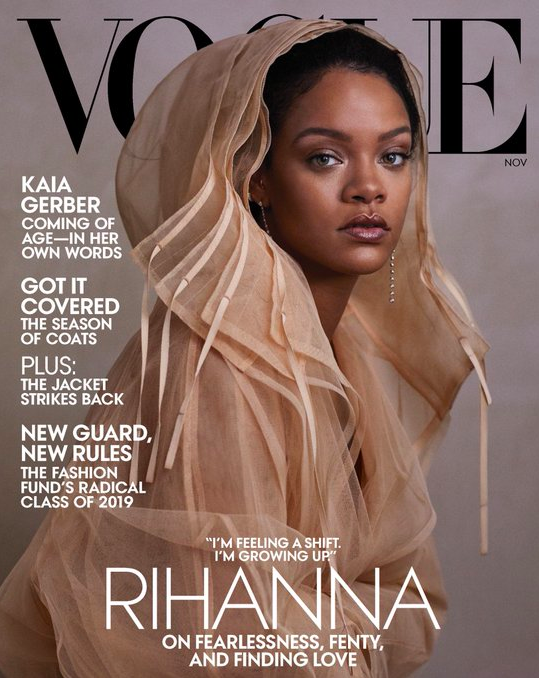 The pop star Rihanna is always a people’s person. She steps into the vogue writer controversy defending the writer who showed unprepared for taking Rihanna’s interview. Quite daring work though.

The Vouge writer who took the interview was Abby Aguirre. She penned down Rihanna’s feature story for vogue but was badly thrashed online when she said because it came so sudden and there was no time to prepare questions for the pop singer. And she simply winged the interview.

As soon the story came out every fan and journalists bashed her with their witty reply or by directly hitting her.

See also  James Gunn Put Out a Heartfelt Instagram Post upon Wrapping Up the Shoot for Suicide Squad!

In defense, she said it came out of nowhere and I have to do it.

GUYS. I was driving to Trader Joe's in sweatpants when I got the call and literally had to flip a bitch. I research my subjects to death. *Especially* Rihanna. I appreciate the anger behind the reaction. But this is a misunderstanding, for which I take full responsibility.

But Rihanna had no effect of these and came out defending her. In her recent red carpet interview, she was even taken aback by the question, that this small thing rife so much.

“Wait, wait, what?” Rihanna said. “No, no, no, no. That’s gangster. For you to get a call the day before being like,’ Hey, Rihanna is in L.A. you wanna do this?’ And show up on the dime and write an incredible article that I’m really proud of and enjoy reading? She’s badass for that.”

She concluded, “ If you don’t have to prepare girl, you’re gangster.”

if u hear something that’s me and leonardo dicaprio BOTH screaming pic.twitter.com/kW8DO4b4Bl

Although, Rihanna didn’t mind her ill-preparedness and defend her saying its gangster. But still, not all the peeps like her way, that she went unprepared to interview a big star like Rihanna.