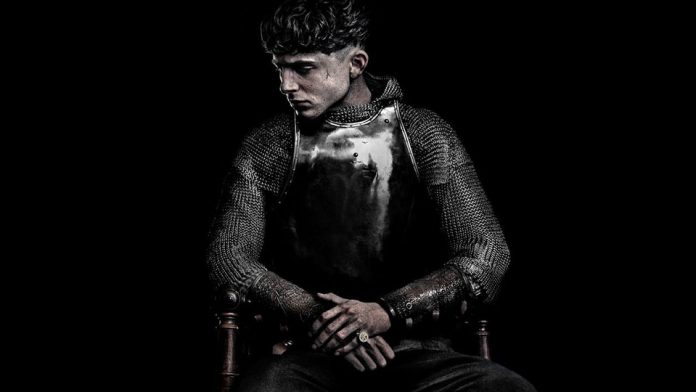 The King, a film directed by David Michôd and starring golden-boy Timothee Chalamat, Joel Edgerton, Robert Pattinson, and Lily-Rose Depp, among others, will hit out Netflix screens very soon. The streaming platform has already released a trailer for it, and fans are waiting eagerly to see Chalamet in his first lead actor performance. So, if you are one of them, we have a review for you. 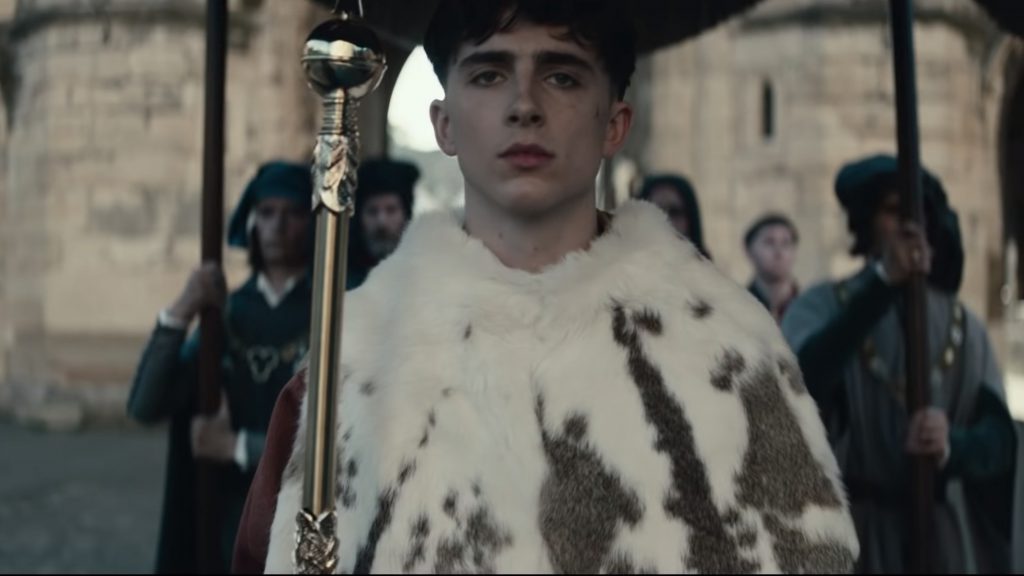 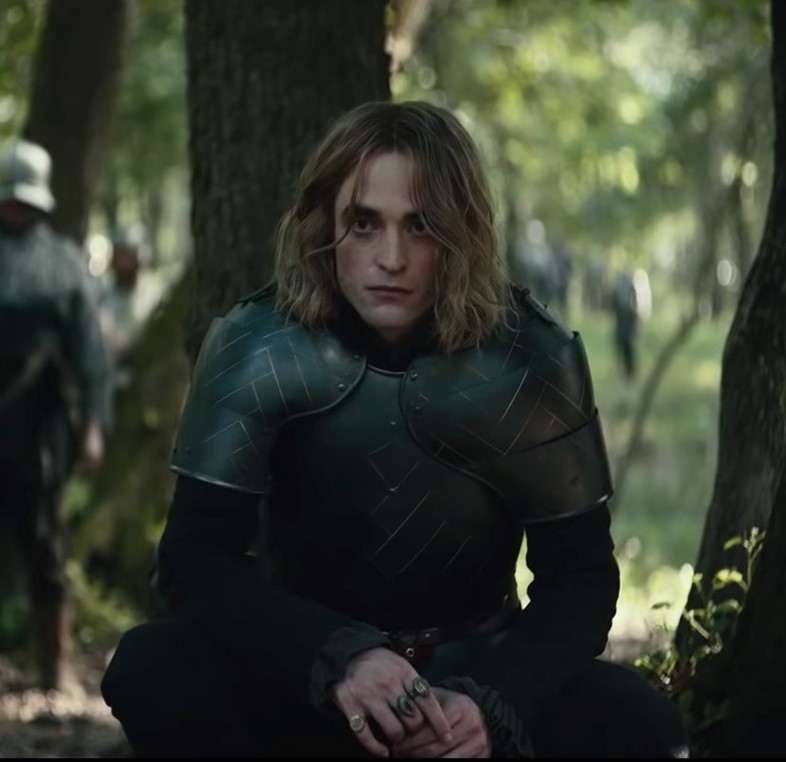 The movie already premiered at Venice Film Festival in September, and the critics gave their consensus. But let us first understand the plot of the movie. Based on the play by Shakespeare, The King is a take by David Michod on the story of Henry V. In The King, Prince Hal (Chalamet) is a hedonist who is living life to the max. He has no inclination to perform his royal duties as the heir, and so eventually his father, King Henry IV (Ben Mendelsohn), makes Hal’s younger brother Thomas (Dean-Charles Chapman) the heir to the throne. 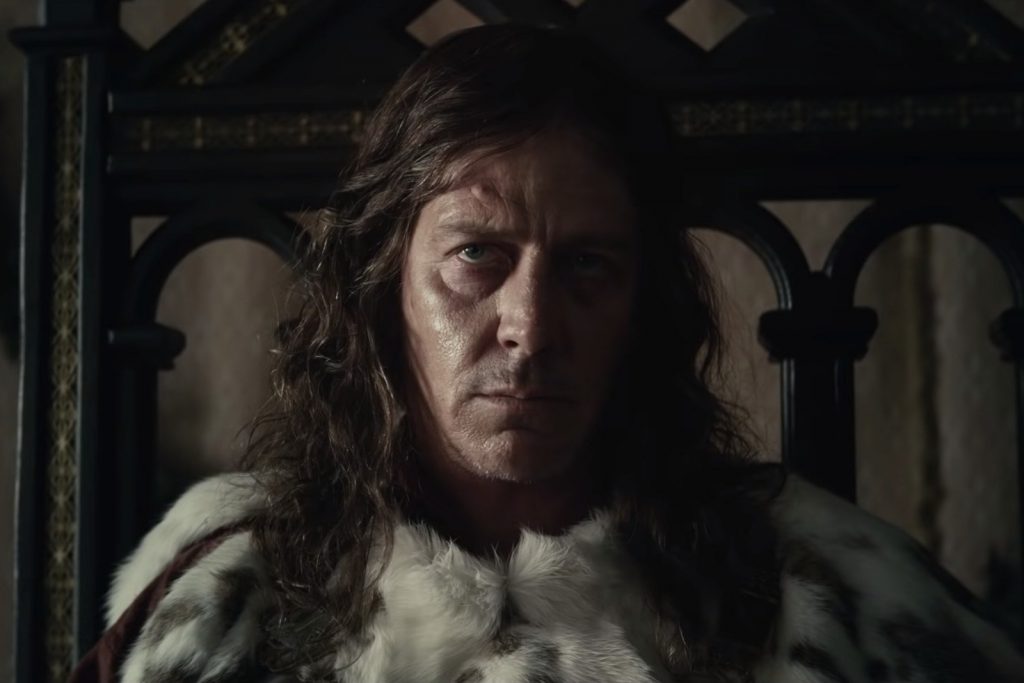 But Thomas dies fighting a battle in Wales, and the throne once again waits for Hal. Straight after being enthroned as Henry V, he finds himself in the middle of a war with France. At first, Chalamet’s Hal is shown as a wastrel, but upon becoming Henry V, his transformation begins. Kind Henry carries his new title and responsibility with dignity and charisma. Along the way, there is betrayal and power-politics the king encounters.

The film’s visuals are shot beautifully under the capable hands of Adam Arkapaw (The Light Between Oceans), but whether or not that will translate well on the small screen remains to be seen. The critics are in different camps as regards to Chalamet’s performance. While he was certainly not terrible, his past works have set the bar so high that this lead role disappointed some. But others have commended the 23-year-old for carrying King Henry’s transformation with a gravitas befitting the character. 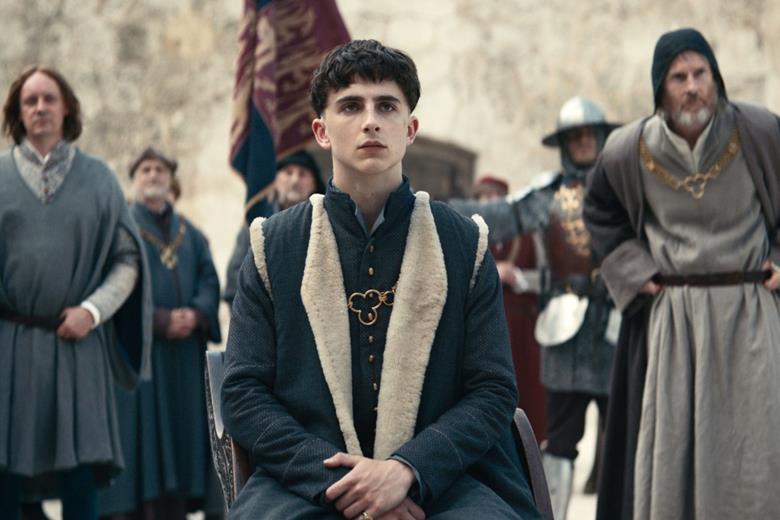 The critics are torn, but now the audience has to vote. So, stay tuned for November 2nd, and you can decide for yourselves.

Previous article
After 3 Decades, Kiefer Sutherland Finally Reveals About A Deleted Scene Of The Lost Boys, That Was Too Violent To Be Added In The Film
Next article
‘Rolling In The Deep’ singer Adele took all the attentions at Drake’s birthday party!