Review of Netflix’s new movie Rattlesnake starring Carmen Ejogo; Is it worth watching? 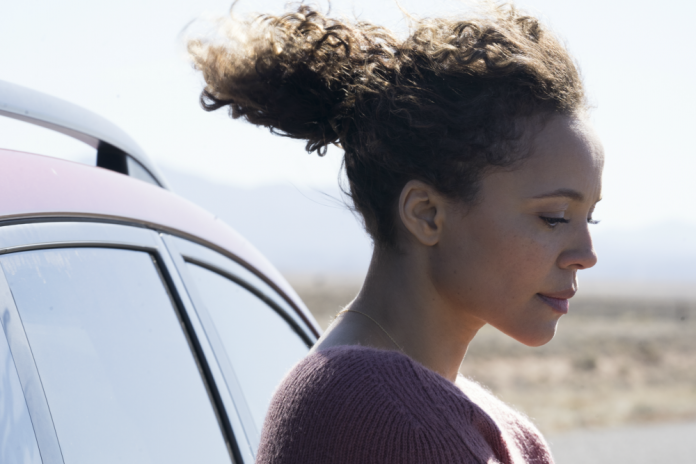 After waiting for a long time, Netflix has finally released the movie Rattlesnake. The movie is filled with crime, drama, and mystery.

The movie is written as well as directed by Zak Hilditch. Some of the lead cast members are Carmen Ejogo as Katrina Ridgeway, Theo Rossi as Billy, Apollonia Pratt as Clara and Emma Greenwell as Abbie. The story starts with Katrina who’s on her way to start a new life with her daughter Clara.

Clara gets bitten by a rattlesnake in the desert while Katrina was replacing a punctured tire. Katrina finds it difficult to contact due to improper service, she takes help in a nearby man-powered vehicle where a mysterious woman promises to help.

The mysterious woman keeps her word, Clara’s rattlesnake bite vanishes and it all seems well and okay when Katrina takes her to the hospital. The woman tells Katrina that in order to keep her daughter alive and good, Katrina must repay an unthinkable debt and kill someone. As per reports, the film seems to be quite simple and doesn’t consist of unnecessary twists and turns in the movie.

The story seems to be quite logical and reasonable as one can notice that Katrina doesn’t seem to be an efficient killer as she struggles to even hit a water bottle from close range. One can easily apply their own theories in order to solve the mystery.

The movie trailer was released on 10th October 2019. Watch it below:

Previous article
Review of DC’s Superman action comics. Check it out!
Next article
Eminem gets questioned over his threatning lyrics for the Trumps