Resident Evil 3 remake PSA: you definitely need to fight your nemesis at these primary moments. Here’s why. read to find out.

The nemesis in Resident Evil 3 Remake is impossible to kill similar to Resident Evil 2 remake. The best option in many cases is to run away. If you fight then you will only slow him down. Fighting is necessary in two particular moments in the game if you want to get some upgrades. These upgrades are unattainable later on in the game and also help complete a bonus record objective. Here are those two particular moments.

Nemesis Fight No. 1: The Power Substation
Most of the playtime you are just escaping the nemesis. However that no longer remains the case once you turn on the power to the subway in the Power Substation. As you try to leave the nemesis will chase you through downtown. Don’t miss the chance and knock down the nemesis with any explosive available like a grenade or explosive red barrel. You can also fire at the black mechanical heart at his chest. At taking enough damage, the nemesis will drop a supply box. Take it and you will have a handgun extended magazine upgrade.

See also  Goblin Slayer season 2: Everything depends on the sales

Nemesis Fight No. 2: After The Mutated Zombie Cutscene
The second opportunity to knock the nemesis comes right after the first as you go back to the subway by travelling through a donut shop. On the other side you will encounter the nemesis who mutates a zombie with his tentacle. To knock him out, shoot the sparking power generator which is present at his left. You can also use a grenade or the red barrel at the top of the stairs beyond the donut shop. If you don’t knock the nemesis down at this moment then you will miss the reward forever. After the knockout, take the supply box. It will contain a Handgun moderator upgrade. 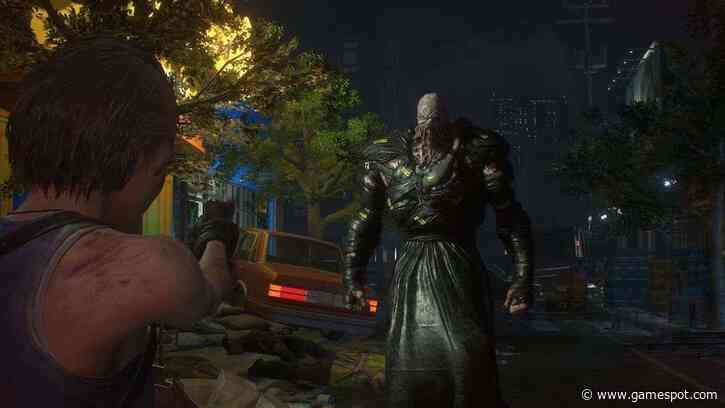 So these were the two scenarios where you can release your frustration on the nemesis for some rewards.