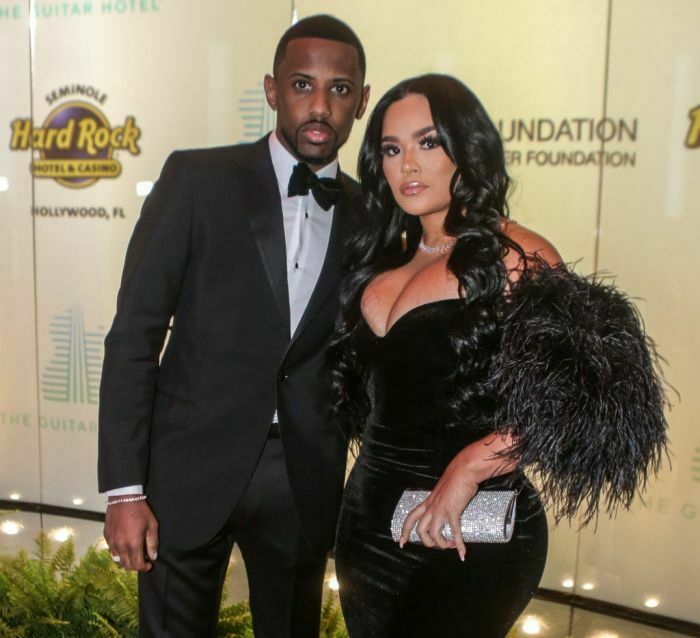 Heartiest congratulations are in order as Rapper Fabolous and Emily Bustamante have welcomed their child. While the name of the baby is yet to be revealed by the parents, we are sure that the pair would soon upload an adorable picture of their baby girl.

Emily Bustamante made the big announcement via her Instagram status tories and fans are already pouring in their love and congratulations to the baby mama. Emily recently celebrated her 39th birthday. It seems like it was a double celebration for her.

Got the best gift ever for Father’s Day! 👨‍👩‍👧#GirlDad

The couple is yet to announce the name of the newest member of the family, they announced the pregnancy back in June. Emily also penned down a heartfelt post for the rapper for Father’s Day. The rapper had an even bigger surprise to reveal on his social media. Moreover, look at this social media post where the baby mama is all glowing and looking absolutely stunning!

“Let choice whisper in your ear and love murmur in your heart. Be ready. Here comes life." —Maya Angelou 🤍

The Pair Made The Announcement Back In June.

Moreover, rapper Fabolous revealed the gender of the baby in a beautiful Father Day post with a caption that said he got the best gift ever with a hashtag that said, girl dad. The rapper has yet not posted any new picture of the adorable little bundle of joy. The pair made headlines earlier amidst some severe allegations of domestic violence that went on to become a bit too controversial but soon frizzled out.

While the status story revealed that Emily was admitted to the hospital on 10th , her daughter from the previous relationship, Tania William also came in to see her little sister. Emily captioned the video that said Sister.

Jennifer Anniston Has Someone New In Her Life Who Stole Her Heart Immediately! Who is this new member?
Is the ultra popular girl band BLACKPINK breaking up? Here is everything you need to know.