Queen B’s insight: Beyonce’s biggest loss changed the definition of success for her! 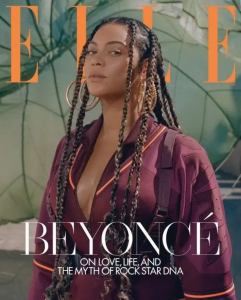 Beyonce or Queen B, as we all call her, without a doubt, is a sensation her ‘Beyhive’ are almost everywhere, and her Grammy nominations and awards she has grabbed through her voice and her artistic talent is undeniable and surprisingly untouchable indeed.

Beyonce shared the emotional story of her miscarriage and more which changed her life!

Lately, She is somewhat showing her emotional and painful side. The 38-year-old has just opened about her miscarriages in a more broad manner. In Elle’s January issue of the magazine, in one interview where she discusses all the matters related to private and personal life, regarding fans, Facebook, Grammy, and also share her work and other stuff.

She had said, “I began to search for deeper meaning when life began to teach me lessons I didn’t know I needed. Success looks different to me know”. She also stated her pain and loss as her gifts and how these circumstances have made her a better mother.

JAY-Z, Beyonce’s Husband, has shared their incidents of miscarriages and struggles associated with it in their 2012 song “Glory” and also explained the whole situation in her 2013 HBO documentary “Life is but a dream.”Finally, after those incidents, they received their three kids, though, Blue and twins Sir and Rumi.

Later on, She also mentioned that how having a son really changed her view of life and after that she started taking care of her body and health with proper schedule work which she defined the toughest part of her job of being a mother, described her role in the family and how she is working at it.

And with that, She is also the owner of IVY PARK, which collaborated with Adidas in 2014 but broke it off in 2018, and the news is she is going to collaborate with them again next year, April. She has expressed her brand as a “leap of faith” and the way she is managing the whole thing.

Previous article
Jennifer Lopez found new love on SNL, but break the heart for being with Alex Rodriguez!! The actress played it well!!
Next article
Justin Timberlake is married and doesn’t want rumors to spoil his marriage with Jessica Biel!! Palmer co-star Alisha Wainwright is just the person at work.. nothing more!!