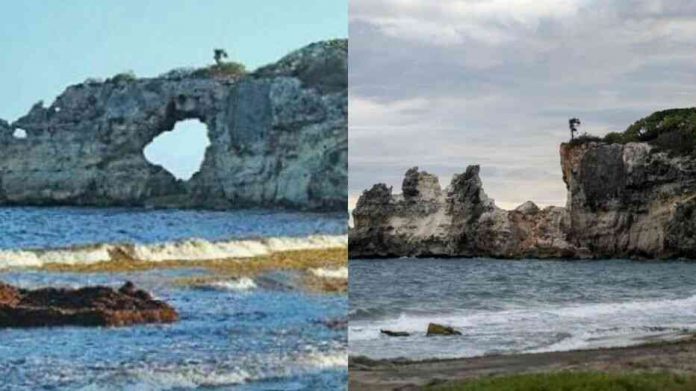 Puerto Rico is an unincorporated U.S territory Carribbean island with mountains, waterfalls and the El Yunque tropical rainforest. In Monday before dawn the island was hit with a 5.8 magnitude earthquake before dawn. Over the past week a series of quake have occurred in the U.S. territory but it was one of the strongest one among them. According to the U.S. Geological Survey the first quake occurred at 6:32 am in the south of the Island which was a followed by more smaller temblors. Another one measuring a magnitude of 5 struck at 10:51 am.
The earthquake had also led to occurrence of small landslides, power outages and collapsing of some homes.It also destroyed a popular tourist destination in the south west town of Guayanilla, Punta Ventana. It was a coastal rock formation which had led to forming of some shape of a rounded window.

Opinion of the Mayor and Public

The 5.8 magnitude earthquake destroyed the Punta Ventana also known as Window Point which has been a symbol of pride for the people of Guayanilla. The mayor even adopted it as part of a new logo and slogan “La Nueva Ventana al Caribe:The New Window to the Carribbean”

The Mayor Nelson Torres Yordan stated that they have lost an symbol of their town and natural heritage. A travel site Puerto Rico Day Trips stated that it is unlikely people will visit the remains of Punta Ventana as the beach is often full of marine debris and the waves are also rough. One of the local resident Denniza Colon said that the destruction was really sad as the rock for was one of the biggest tourism draws of Guayanilla. The spokesman of Guayanilla, Glidden Lopez said that Playa Ventana has collapsed. Today their icon is nothing but a memory.