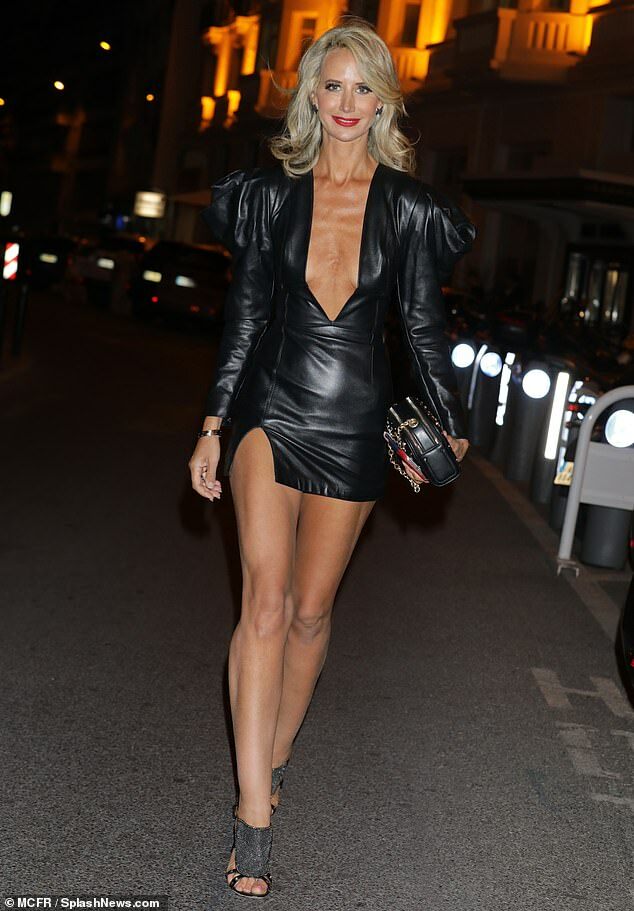 Lady Victoria Hervey, the ex-girlfriend of Prince Andrew, revealed in a recent interview that she felt uneasy once living in Jeffrey Epstein’s apartment in New York.

The Socialite said in an interview with ITV’s “Good Morning Britain” that while living in the apartment of the now-dead sex offender, she felt like she was being watched. She recalled feeling as if there were hidden cameras in the apartment recording her secretly.

Lady Victoria who dated the British Royale in 1999 got invited to stay over at Jeffrey Epstein’s New York apartment by his girlfriend Madam Ghislaine Maxwell because the apartment was relatively closer to where Prince Andrew was allegedly staying.

When Lady Victoria moved into the apartment she shared with the hosts of the show that she felt “shocked and highly uncomfortable”.

According to her nothing ever really came up but she could feel something was there. She said she could feel it in herself like a sixth sense as if she was being watched. After having enough of the situation she decided to cut short her stay after just days of residence and moved out immediately and moved in with a friend.

Lady Victoria Hervey said she was not aware of the secret life trafficking in young girls that Jeffrey Epstein was involved in.

Epstein died at the age of 66 on the 10th of August while still waiting for his trial on the Federal sex trafficking charges and the conspiracy charges that the prosecutor alleged which involved many girls over the years in early 2000.

Lady Victoria while talking mentioned that she did not notice any other girls in the apartment which would have been an alarm in itself. The Socialist expressed her shock when she got to know about the crimes the owner was a part of. The mere idea of being watched was creepy enough.

Previous article
Channing Tatum and Jenna Dewan finalize their Divorce! Read on to know the reason behind their split.
Next article
Lord of Rings Season 2 renewal got the Fans super excited, but what if Poulter, Joseph Mawle and Markella Kavenagh not the part of the cast anymore??