Prince Andrew lies in BBC interview; Photos videos show him being Intimate with his Girl Pals in Public!

Prince Andrew claims that he never really partied. New footage of The Duke of York’s letting loose with a bevy of beautiful young women in Saint Topez was just revealed. 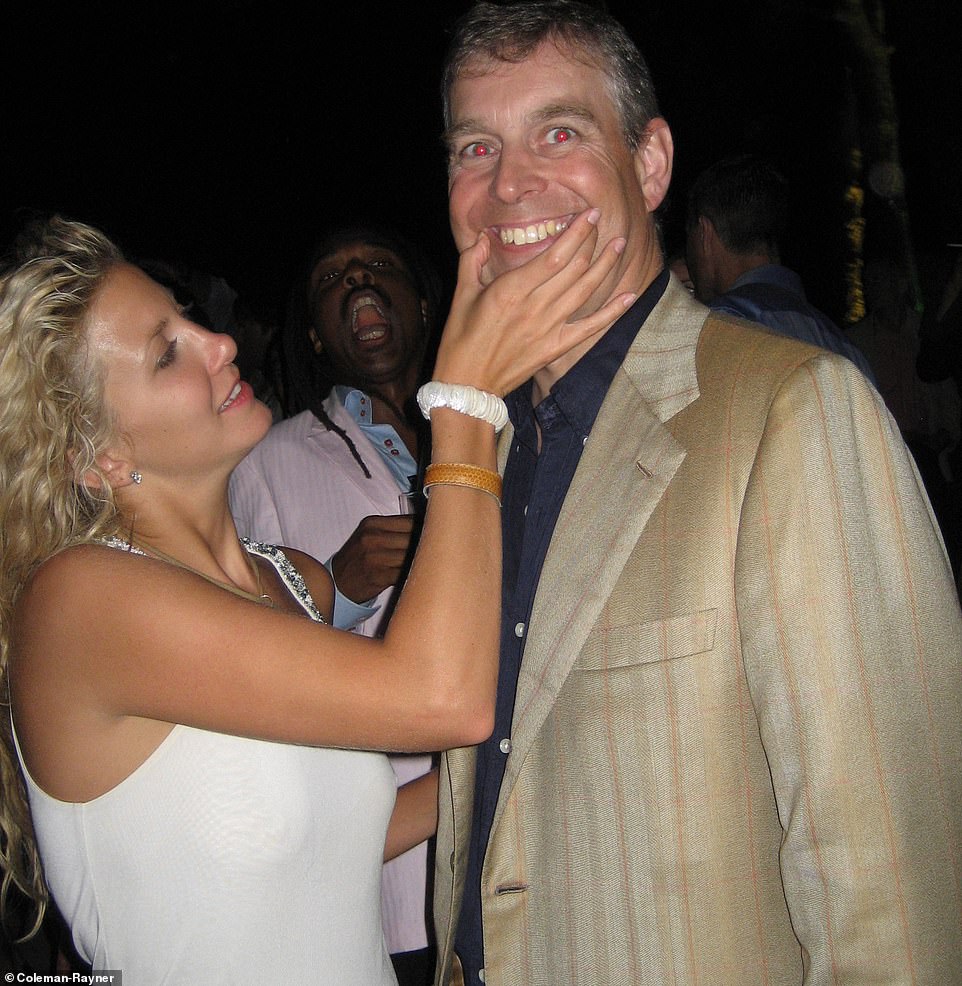 Prince Andrew has been seen at a wild party thrown by wine tycoon Claude Ott on the French Riviera in July 2008, just weeks after his disgraced friend Jeffrey Epstein was prosecuted for trafficking an underage girl for forcefully attempting her into prostitution.

The Prince insisted during his car crash BBC interview with Emily Maitlis on Saturday night that he wasn’t a party liking person, did not sweat because he was shot at in the Falklands and was ‘not one to hug’ women as he dismissed damaging claims he slept with his friend Epstein’s sex slave Virginia Roberts.

Dressed in all white, along with his untucked shirt, he has been seen heading to the dance floor with two women as techno blares out before he settles down talking to many other glamorous female guests, getting in close to chat because of the loud music.

Just after a year earlier, in July 2007, photographs from another struck him further trash his claims of avoiding partying. He was also seen sweating and embracing a number of women including socialite Chris Von Aspen, who he holds by the waist before she later licks his face in Saint-Tropez.