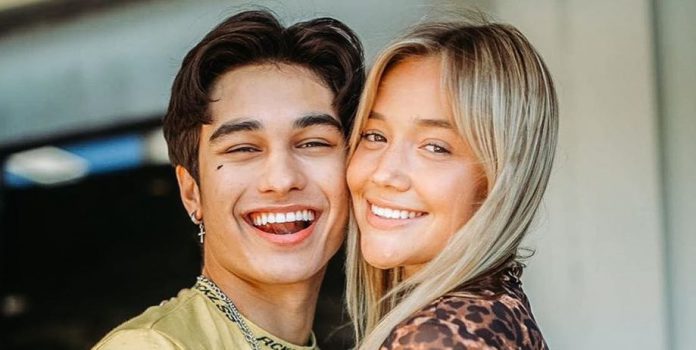 How many of us use the video streaming app TikTok? Mostly half the population of the world does, isn’t it? Several couples are spotted on that app shooting and uploading videos of either dancing together or enacting a scene.

The app is dominated by couples who post videos of themselves cuddling and doing various things together that give the viewers a better insight into their lives for their fans. One such example is of Kio Cyr and Olivia Ponton, who are the two most talked of couples on TikTok.

The two kept denying being together, however, hold on, the duo’s videos say the right opposite and that’s how they’ve confirmed as well over repeatedly asking.

Fans started doubting their relationship when Olivia posted a video in which she openly talked about how jealous she felt when Kio would be swarmed by girls.

The duo would share pictures of them cuddling together at the beach and lots more.

The news about them that was initially floating, got heat with Olivia positing an Instagram image where Kio was holding her and the caption said, “you’re not friends if he sees you like this”.

because friends don’t look at friends that way.

The picture was revealing how much they cared for each other and the news of them being more than friends got confirmed with the caption.

Even after that, when the couple was asked if they were dating, the two would always smile and stay in silence, with no answers, which in turn proves that there is surely something going on between the two.