Popular supernatural show ‘Chilling Adventures of Sabrina’ will soon come back for its fourth season? But when? Read to know the answer and all the latest updates.

Chilling Adventures of Sabrina season 3 after winning an applauding response from the audience it could cater to, looks forward towards a fourth season. Just stick to this article and read to find out more about the season details.

There is no official revelation of the release date for a new season yet. But we expect it by the end of the year which is quite evident with the patterns. Chilling Adventures of Sabrina came up with its first season in October 2018 and second one in April 2019. With the third season released on recent January 24, expecting the fourth part in late 2020s or early 2021 is justified for expected obvious reasons. 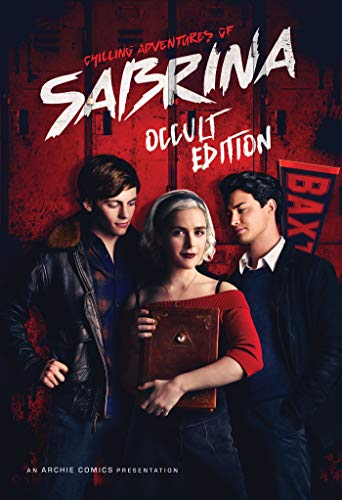 The prominent actors of the show are most likely to return for the next season. Kiernan Shipka as Sabrina Spellman and Ross Lynch as Harvey Kinkle would remain the central attraction of the show. Lucy Davis and Miranda Otto would reprise their roles as Aunt Hilda and Aunt Zelda respectively. The cast also includes other important members like Chance Perdomo, Michelle Gomez and Jaz Sinclair. The trailer for the season is yet not released.

Chilling Adventures of Sabrina is based on the Archie comic book series with the same title. The story revolves around a half-human, half-witch high school girl Sabrina struggling with confusions in her normal life. Warner Bros. Television has produced the American supernatural horror series and it features on Netflix.

As the series dropped its third part in not much time ago, the excitement amongst the stars and their fans was very much visible. The reel life Sabrina, Kiernan Shipka dropped in all the updates of the show on her Instagram handle apparently with all the thrill and enthusiasm that she got.