Popular Anime Series My Hero Academia Has Been Renewed For Season 5 and the fans are really excited! Read for all details. 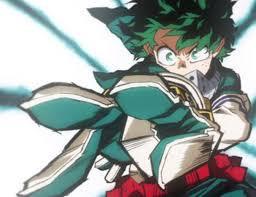 We might have some great news for Anime lovers as it seems like a very popular show is back with a brand new season soon enough. Let us look into the details of the upcoming season.

My Hero Academia Has Been Officially Renewed For Season 5! Here’s What We Know.

My Hero Academia has been a huge success right from its inception and now there’s more to it! Apparently, popular anime series My Hero Academia is officially renewed for season 5! The official Twitter page of the show has released a post announcing the news along with following a post-credit teaser at the end of the Season 4 finale. Take a look at the Twitter post.

In the English translation if the post, it is announced that the production house has renewed the show. Moreover, new visuals are also lifted. So there’s a lot to look forward to for fans in the anime series.

NEWS: My Hero Academia Season 5 Preps For Recording in Japan

The Official Page Posted A Official Image ! Have A Look.

If the fifth season follows the manga story then we will see some of the Meta Liberation Army arc, which in turn gets into Tomura Shigaraki’s backstory as well as new moves made by his crew, The League Of Villains. No official release date has been announced yet regarding the fifth season. We are sure the fifth season might come sometime around the next year itself. So there’s still some time for Anime fans .

The show has been widely popular amongst al the Anime lovers and now with an upcoming season officially announced, fans can’t wait to know more as the story unfolds further. So, while fans are excited that the renewal status has been positively updated,we wonder when will it air . We hope its soon enough!

Previous article
Showrunner Makes A Major Revelation About The Next Antagonist Of CW’s Batwoman Season 2: Ruby Rose is ready!!
Next article
When is Kingdom Chapter 629 coming out? Read to know the release date, cast, plot and major spoilers.