Ozark Season 4 Part 1: Here is how the exhilarating season ended 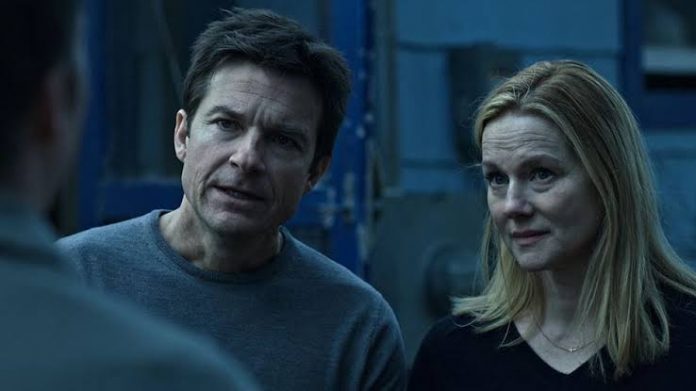 Ozark season 4 part 1 came out on Netflix recently, and was every bit as nail-biting as fans imagined.

Part 1 was a wild ride, to say the least, and the fear and anticipation that the Byrdes feel with each phone call or meeting is something we feel as well. So let’s dive in deep and explore everything that has happened in this season.

The final episode, “Sanctified” has Marty (Jason Bateman), Wendy (Laura Linney), and Omar Navarro (Felix Solis) finally securing a meeting with the FBI. The meeting takes place in an abandoned mall in Jefferson City. However, Navarro was in for a rude shock. He had left his position as head of his cartel and provided valuable intel to the FBI about the cartel and his nephew Javi Elizonndro (Alfonso Herrera).

But the FBI doesn’t stay true to their promise and gives Navarro an ultimatum; remain as the cartel head for 5 more years and provide them intel, or a lifetime behind bars. The Byrdes and Agent Miller (Jessica Frances Dukes) get shocked at this statement. Miller turns to Agent Clay (Tess Malis Kincaid) and asks what they are doing here if they don’t plan on taking down the Navarro cartel immediately. Agent Clay dismisses her questions, and stated that Miller is too righteous and naïve to see “the bigger picture.”

Meanwhile, Wyatt (Charlie Tahan) tells Ruth (Julia Garner) that he wants to marry Darlene (Lisa Emery) so that baby Zeke doesn’t go into foster care. Ruth pleads with him and tells him that he will have a target on his back since Darlene killed the head of the Kansas City mob.

Towards the end, Ruth shows up at Darlene’s farm to give Wyatt her wedding gift. However, there was no response apart from Zeke’s crying, so she goes in. The next shot is of her crying to Frank Jr. on the phone as she’s speeding on her truck, demanding why he killed Wyatt.

Previous article
Benedict Cumberbatch and Laura Dern Join hands together for a Sci-fi Drama!
Next article
Star Trek: Starfleet Academy in Development at CBS, Universe to be Expanded