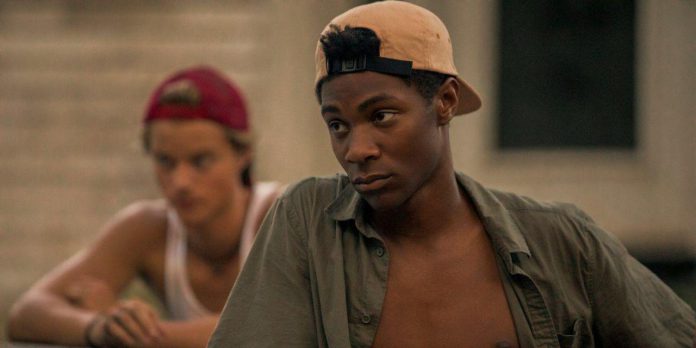 Fans pretty much loved when Netflix brought a story revolving around a group of lower-class citizens of the island, as they try to find some legendary treasure after one of their father’s leaves them a huge clue for the treasure. Yes, we are talking about the popular series Outer Banks.  The show has soon garnered massive attention due to the plot that has made fans hooked to it.

very smart of pope to fall in love with kiara. we stan a merit scholar

Jonathan Daviss who played the role of one of the pogues has been gathering enough eyeballs due to his impeccable acting skills through the entire series. The show also deals with important issues like class divide and severe racial issues as well.

Recently the actor opened up about his character Pope’s big sacrifice in the first season along with his relationship with Kie. Daviss also talked a bit about what’s in store for him in the upcoming second season. When asked about the fan’s support he has been receiving the actor says all this is indeed crazy and all the love and support feel like a dream.

The Actor Is Truly Happy And Overwhelmed By All These Love And Support From Fans.

Moreover, when asked about his character Pope getting a second chance in the second season, the actor says that one always doesn’t get a second chance and Pope needs to decide what’s important for him at this point.

our very own @jonathandavissofficial is driving the boat today. takeover starts soon y’all

This might be a hint at Pope’s story in the upcoming second chapter of the show. The actor clearly states about some severe life decisions that the character needs to make at some point in the show.