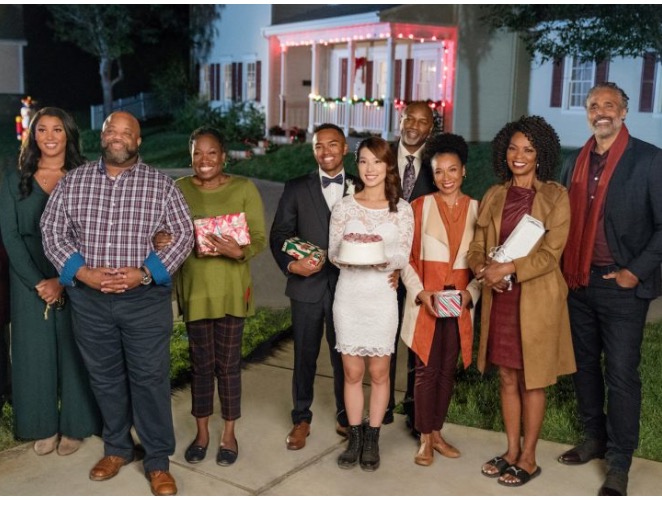 Christmas movies are all about celebrating families and togetherness during the holiday season. We can’t get enough of these light hearted movies with emotions that are relatable.  It seems like we have been blessed with another such film around the festive season. With Christmas around the corner, everyone is in the mood for upcoming festivals. Well, Oprah Winfrey is gifting her fans with a film named One Fine Christmas! The film stars three-time NBA champion Rick Fox and his daughter Sasha Fox.

What Is This Film All About? The casts look Promising.

Apparently, the film is directed by Fred Olen Ray. Along with  the NBA star and her daughter, the film will star The Jeffersons” actress Marla Gibbs and “The Flash” actress Vanessa Williams. The film tells us a story involving three families. They all are so busy with the work that they overlook the significance of Christmas.

The film focuses on individual characters around the festival of Christmas and how they are unexpectedly united fur to the holiday season. For instance, Haley comes home for Christmas but since her parent’s divorce, it is just not the same. On the other hand, her mother Susan is working with a client which leaves her no time to spend with her own mother and Haley. The film will surely have an emotional undertone with the slices of life peeled with every move.

Two More Films Coming After This One!

This film is Winfrey’s first original holiday movie. The set of three films and this film is the first of the set. The two films following this one will be Carole’s Christmas, where a businesswoman learns ’to be careful what you wish for’ the hard way! The last film out of the three will be Baking Christmas, this film will show two siblings fighting over their mother’s bakery.

Previous article
Justin Bieber is having a rough day but he would keep pushing! Peep in to know the mental struggles of the singer and his way of dealing with it!
Next article
Gifted Creator Garry Marshall Was Paid A Heartfelt Tribute By Happy Day’s Actors.