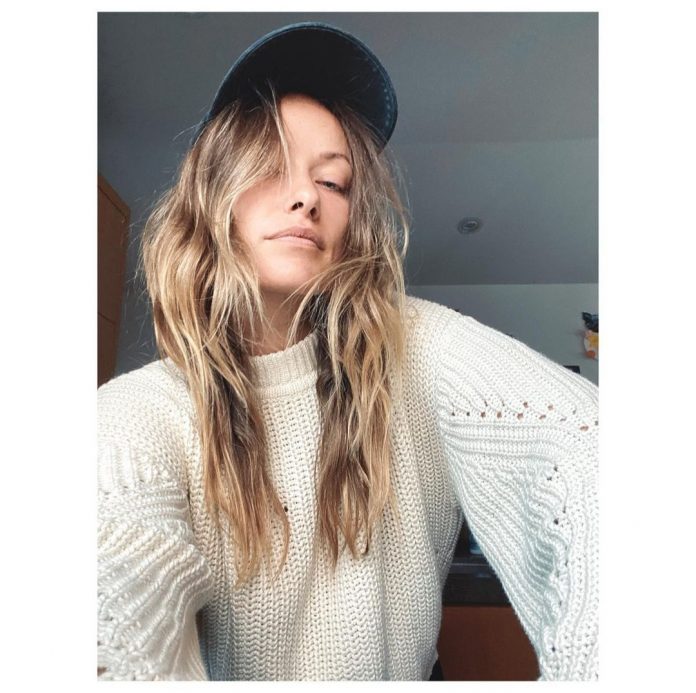 Olivia Wilde is coming out about the incident with Jason Sudeikis, her ex-husband and the father of her children, that occurred earlier this summer. As part of their custody dispute for their two children, Wilde’s ex served papers to her during her April presentation at CinemaCon in Las Vegas.

Although the actress, 38, maintained her composure at the time, she is now taking a minute to consider the embarrassing situation.

The “Don’t Worry Darling” filmmaker elaborated on the discussions circulating around her next psychological thriller, in which she also stars alongside the pop music icon and Florence Pugh, in a Variety cover story that was released on Wednesday.

Months after she had broken up with Sudeikis, Wilde’s relationship with Styles reportedly began on the set of the movie. She and the musician haven’t made any public comments about their relationship despite several paparazzi pictures of them together.

She won’t comment on it because she’s never seen a relationship gain from being thrust into the spotlight, Wilde told the publication. She elaborated that they both make an effort to keep their relationship safe, which she believes is due to experience as much as genuine love.

While speaking onstage at CinemaCon 2022, Olivia Wilde is holding an envelope with the words “personal and confidential” written on it.

At the 2022 CinemaCon, the “Booksmart” filmmaker debuted her eagerly anticipated film and revealed that Sudeikis had served her with legal documents. The “Ted Lasso” actor has maintained that he had “no previous knowledge” of the ambush onstage, but Wilde called the action a “vicious” attack.

The incident occurred when Wilde was introducing her forthcoming film, Don’t Worry Darling, to her peers. According to the actress, the action was disrespectful to everyone involved, not just her.

It was her place of employment, Wilde said. “It would be seen as an assault in any other job. It was very distressing. That shouldn’t have been possible. Security was seriously compromised, which is really unsettling,” she said. She continued that it (entry in hall) required planning because of the obstacles one had to overcome to enter the room with multiple badges, as well as the unique COVID tests one had to do days in advance to receive wristbands that were required to enter the event.

The “nastiness” that distracted attention from all the people working on Wilde’s second film, which will be released in theaters next month, disturbed her the most.

Calling the incident savage, she continued that that attempt to sabotage her film was savage. She is not easily sidetracked, but she had a job to perform. In the end, she said that she wasn’t wholly surprised by attack. “There’s a reason I ended that relationship, after all.”

She isn’t the one who the Ted Lasso’s star’s action will harm the most in Wilde’s opinion. Otis, 8, and Daisy, 5, are their kids.

She claims that her children were the only ones who suffered because they would have to see the incident and should never have to be made aware of it.

According to Olivia Wilde, in the additional documents, “Jason’s actions were plainly intended to frighten me and catch me off guard.” He had the option of serving me discreetly, but he opted to do so in the most forceful way imaginable.

However, Sudeikis claimed that he was not aware of how the papers were delivered. Sudeikis “had no prior knowledge of the time or place that the envelope would have been delivered since this would purely be up to the process service firm involved,” a spokeswoman claimed at the time, adding that he “would never condone her being served in such an unethical manner.”

An ugly legal battle ahead?

While this is going on, Sudeikis and Olivia Wilde are engaged in a heated argument because Wilde wants to base himself in Styles’ home cities of Los Angeles and possibly London. Sudeikis wants to settle down in Brooklyn with his family.

Olivia Wilde charged the Jason with malice in secret court documents that The Daily Mail was able to access.

Olivia Wilde continued by highlighting the unjust treatment of women in the media, which unfairly praises a man as a “fucking hero” for being a parent while criticizing her for being a stay-at-home mom.

“How dare she,” people usually say when they see me without my children, the woman claimed. I’ve never heard somebody criticize a guy in that way.

In light of the turmoil in her personal life and how her privacy has been breached, Wilde claimed that society as a whole continuously “assumes the worst from women.”

Olivia Wilde further said that her family has gone through this kind of restructuring and a revolution over the previous two years that should be a wholly personal experience. And it isn’t. Women shame her for making a decision that was for her own health and happiness, which has been the most painful aspect of it.

Previous article
Kelli Giddish Out as Rollins After 12 Seasons of Law & Order: SVU
Next article
Sasha Farber and Emma Slater, Dancing with the Stars Alumni Split After 4 Years of Marriage