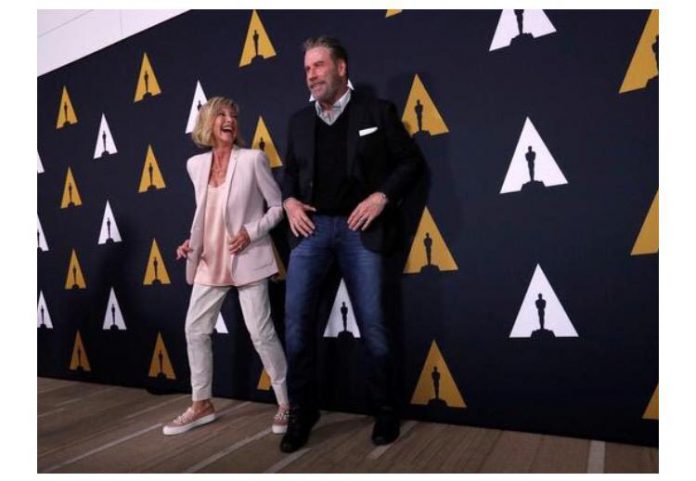 Sometimes celebrities take part in charity events for social causes. It seems like recently, there was an auction for a noble cause “Cancer Awareness”. Let’s dig deeper into details about the exciting auction.

What is The Auction All About?

Apparently, Olivia Newton and John’s leather jacket and very tight pants from Grease, which is complete with a broken zipper, will go up for auction this week. The money raised from the auction will go for the welfare for her Cancer treatment center in Australia.

The outfit is indeed very special and has quite a name because of the backstory of the outfit. The attire marked the phenomenal transition of the singer from a high schooler to the sexy Sandy Olson. It was a duet with none other than John Travolta in the 1978 movie musical.

What is So Epic About The Outfit?

The outfit also has a funny secret with it as well! Apparently, the zip of the pants was broken, and they had to be stitched into them as it was made in the 50s. Newton-John revealed this information to Reuters Television ahead of the sales.

The British born actress who is battling breast cancer herself is doing something for others who are also suffering from cancer. She is expected to sell more than 500 items, most of them are related to ’Grease.’ It includes the original script from the film.

She further talks about how raking out these things and putting them for auction was a fun experience. She says the stuff is not important. Rather the work is more important.

The auction will take place at Julien’s Auction in Beverly Hills. A part of the process will go to the Wellness and Research Center. The auction is indeed special for the actress as it has nostalgia attached to the outfits for her.

Previous article
Terminator: Dark Fate reunion turned out to be nostalgic for Linda Hamilton after meeting Arnold Schwarzenegger!
Next article
Did Selena Gomez Sidelined Kardashian SKIMS post to Please her “Besty” Taylor Swift? Well, looks like, she doesn’t want to fuel the flame of 2016 flute between Kardashian and Swift??