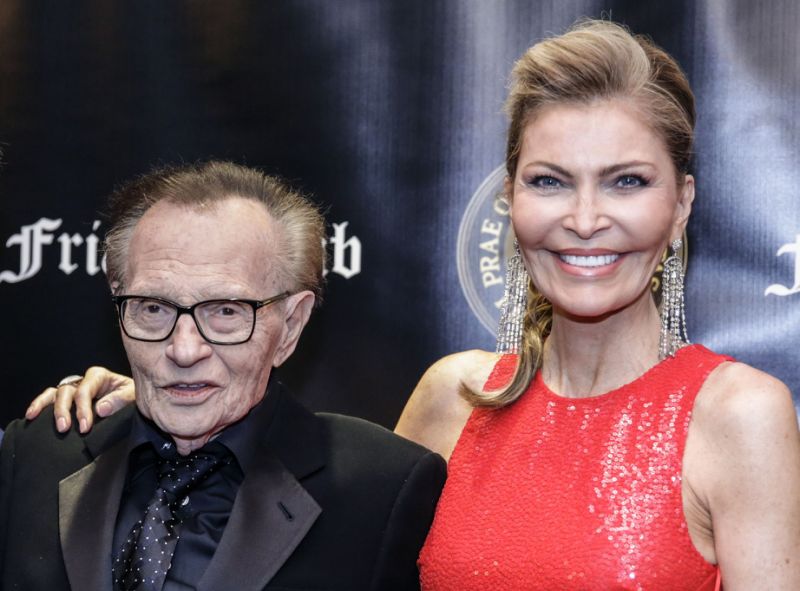 There are many marriage and divorce cases, but this time it is not at a common one. Shawn Southwick King, the wife of Larry King, is now speaking up about their split up. She is speaking to the legendary broadcaster just after a month since Larry King had signed up for their divorce and told that this was not at all expected.

In an interview with DailyMailTV, she said that the news when came to her about their divorce, she was crushed and blindsided. She did not expect him to leave her. The announcement came up when she was at their second home in Utah, and she was devastated with the fact. She got tears in her eyes when she came to know about the divorce.

It has been a long time since they have been together for 22 years. He filed up for the divorce in Country court on August 20. She was blindfolded and did not see this coming.

She tried to interpret the reason behind it and thinking it to be related to his health scare earlier this year. The fact is, former CNN host who had been struggling with heart disease for decades underwent a heart procedure in April.

She further said that he had been suffering through a lot and one would be shaken to the core if one knows what he is going through. He is so vulnerable and does not at all remember two weeks of his life straight away. This is the truth and not at all a joke.

He filed up for the divorce papers citing irreconcilable differences listing the date of their separation as June 6, 2019. According to some reports, it is believed that the King has been urged to end the marriage by his two children as they think that their mother has intentions to screw them out of their inheritance.