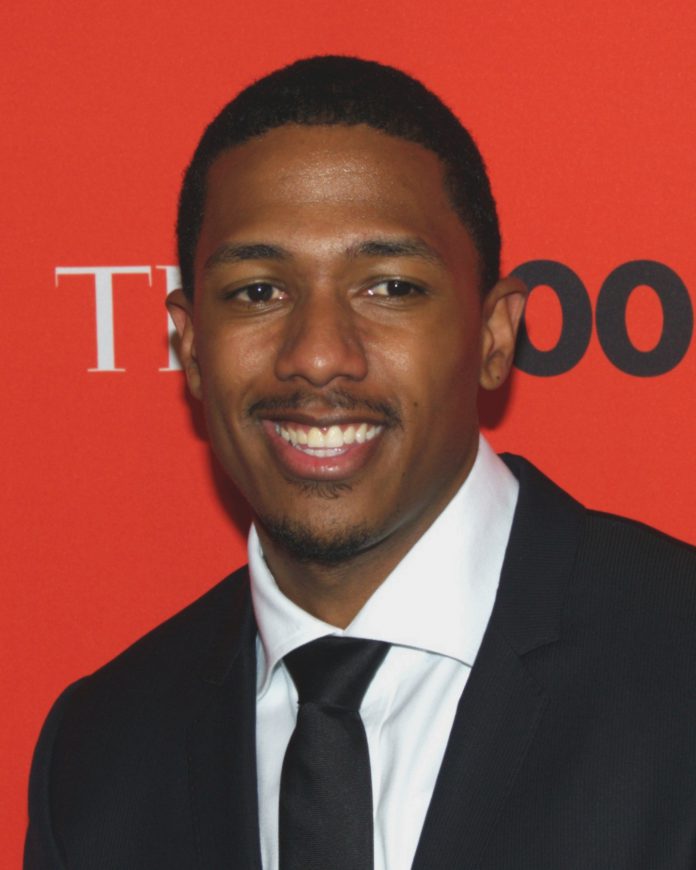 There’ve been numerous rappers who have dissed Detroit-born world-famous rapper Eminem in their tracks. And this time its NICK CANNON. 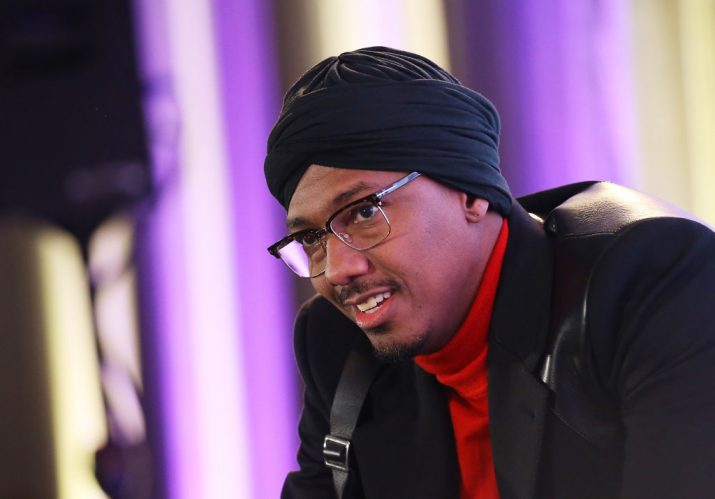 Nick Cannon, an American rapper with a decade long beef with Eminem, has re-ignited the fire between them. This rivalry goes back to when Eminem released a track, ‘bagpipes in Baghdad’ back in ’09 – a track in which he went after Mariah Carey and her then-husband Nick Cannon. Both Nick and Carey had a long battle against Eminem, but it was all gone to dust when Cannon and Carey split. 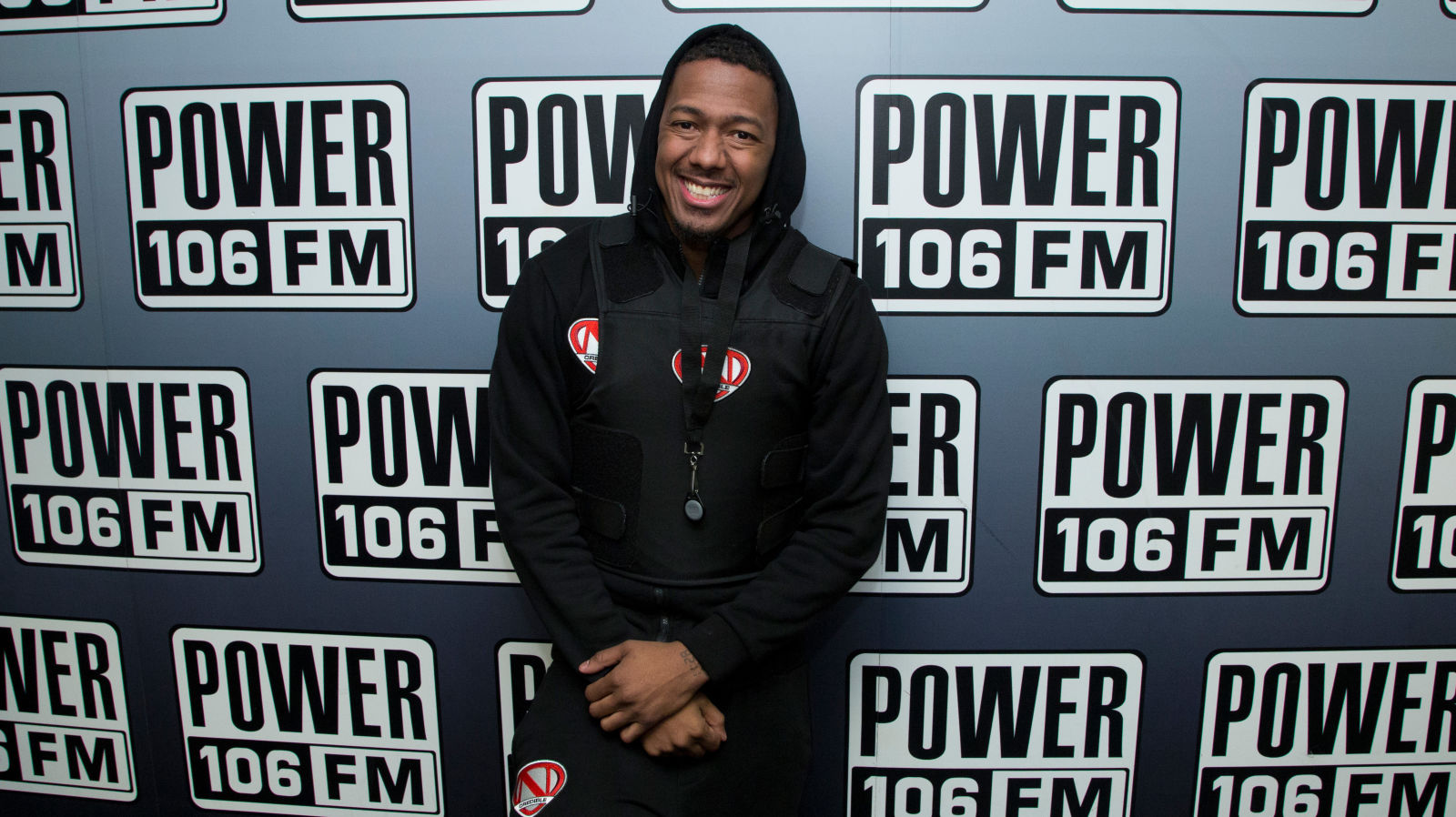 Now, after a year, Fat Joe’s new album Family Ties features a verse from Eminem in which he disses Canon and Carey once again, and the lines go auto-savage like–

“I know me, and Mariah didn’t end on a high note/But that other dude’s whipped, that pussy got him neutered/Tried to tell him this chick’s a nut job before he got his jewels clipped/Almost got my caboose kicked, fool, quit, you not gon’ do shit / I let her chop my balls off, too ’fore I lost to you, Nick.”

“I don’t fuck with a crack but the white boy he f*ck with crack…/Call Kim, somebody get Hailie, and that other kid you raising that ain’t even your baby/ Took a page out of Drake’s book this might get a Grammy/We going back to back till you respond on the family/Your baby mama killed you off a decade ago you still crying about it bitch/Now who really the hoe?”

At the beginning of the song, we can hear the voice notes of Sage Knight, who is in prison, and he goes on disrespecting Eminem with lines like, “EMINEM IS A BITCH” without knowing the wrath he had brought upon himself.

And before Eminem replies to this, his fans have already blown up the comment section of the song with hilarious roasts. No wonder the song has more dislikes compared to likes. Here are a few of the top comments. 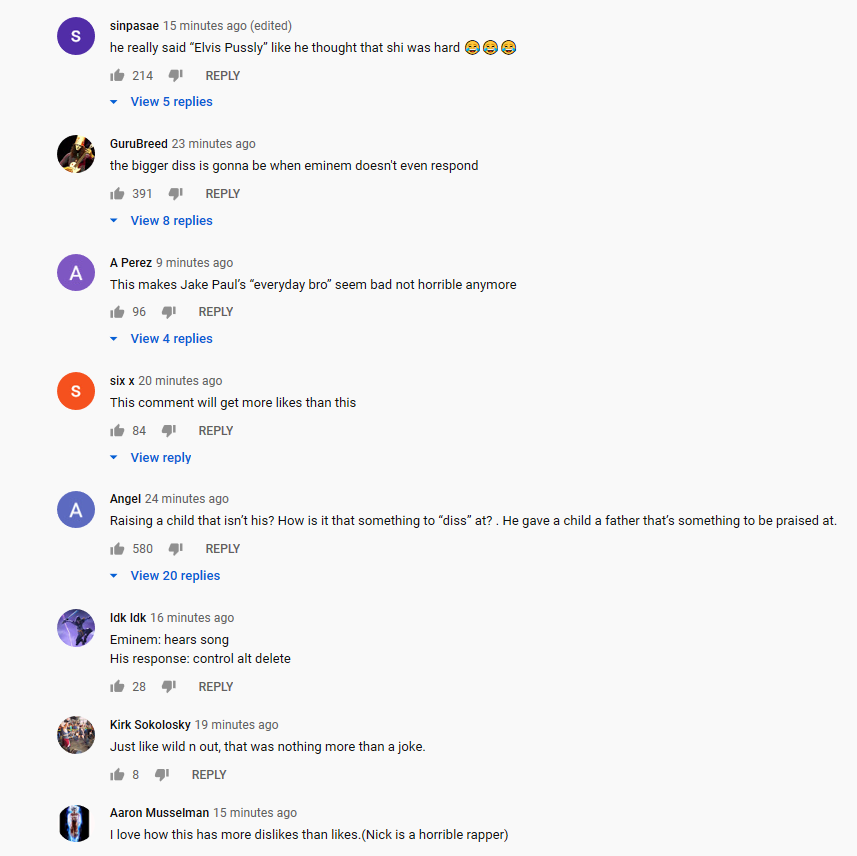 Previous article
While PAT SAJAK is under surgery VANNA WHITE hosted WHEEL OF FORTUNE!! Fans criticizing, but why?
Next article
Lizzo gave a major complex to Cheerleaders when she went a little crazy twerking in a thong at the Lakers Game Sunday night!!