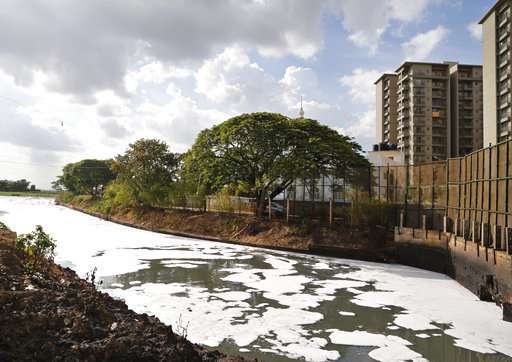 Will air pollution be the major reason for the end of this world? As per the present day reports, it might be the sole cause.

Air pollution is very deadly to humans, animals, and plants, especially to humans. Toxins from the polluted air are going deep into our lungs, and as Robert Orben once said "There is so much pollution in the air now that if it weren't for our lungs, there'd be no place to put it all." The toxins that go deep into our lungs can lead to lung cancer, heart diseases, respiratory diseases, birth defects, and much more. We are being majorly impacted by air pollution, one way or another, but we CAN bring it to an end. All you need to do are minor things to cut down on your emissions.

According to the present-day reports, air pollution has caused 590000 premature deaths every year in Europe and 8.8 million worldwide, doubling recent assessments. Researchers have reported that between 40 and 80 percent of those excess deaths are caused by heart attacks, strokes and other types of cardiovascular disease underestimated up to now as a driver of smog-related mortality. This information will give goosebumps to most of us.

A look on a couple of statistics

Let us look at what the World Health Organization has to say regarding this. What they have observed is that non-communicable diseases are the globally leading cause of mortality and this is a bit scary now. About 71% of 56 million deaths that have tolled worldwide are attributed to non-communicable diseases mainly cardiovascular diseases (CVD, 31%), cancers, diabetes, and chronic lung diseases, as by a report published in 2015.

There are a couple of findings that you must be aware of in the times of today. Air pollution has undone more than 8 million people worldwide. On average, a toxic cocktail of pollutants from vehicles, industry, and agriculture shortens the lives of those who die prematurely by 2.2 years. Most of the deaths are caused due to microscopic particles less than 2.5 microns in diameter, known as PM 2.5. Around the world, the study found that air pollution causes an extra 120 deaths per year per 100,000 people.

WHAT CAN BE DONE?

Air pollution is becoming a real threat to our lives, isn’t it? Hence it should be tackled and the death toll shall be controlled caused by this menace. It is we, human beings, who are the major causes of this pollution and it has made us suffer in this big time. So in order to take control of the health impacts, scientists have come out to a solution in which fossil fuels must be replaced by clean, renewable energy sources, hence reducing the loss of life expectancy from air pollution.